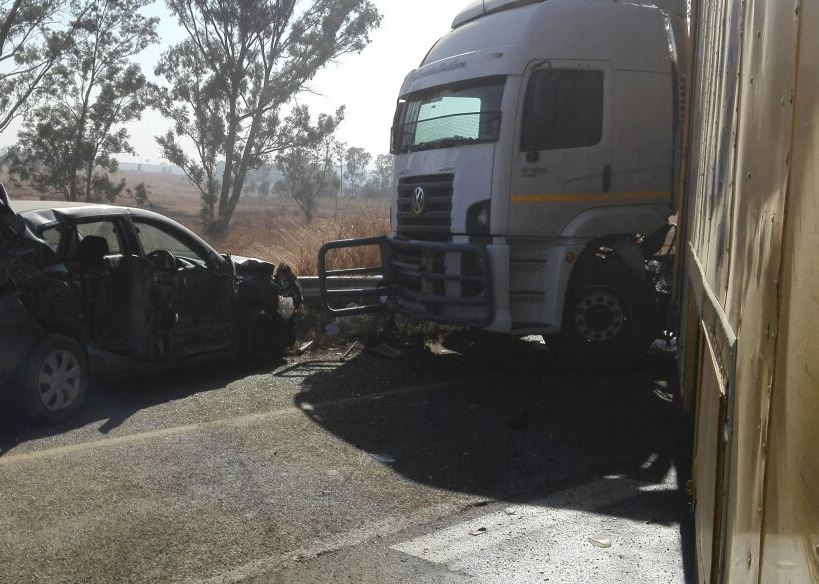 A section of the N14 highway near the R512 in Gauteng has been temporarily closed due to an accident.

Reports from the scene indicate that two people have sustained moderate to minor injuries after a truck and four vehicle’s collided with each other.

Authorities are on scene.

Traffic has been negatively affected.

Netcare911 paramedics worked alongside another emergency service on scene to stabilise the two injured before transporting them to a nearby hospital for further medical care.

This accident happened this afternoon at about 11h00.