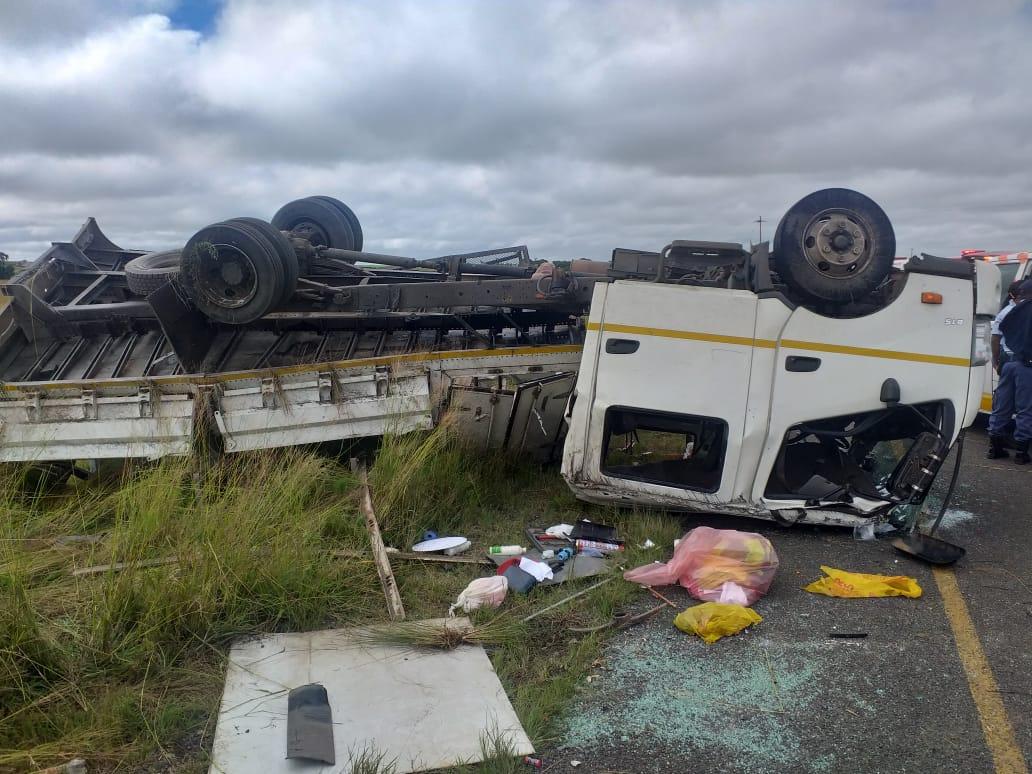 At least 47 patients were left injured following a single truck rollover on the R50 in Brendan Village towards Standerton this morning.

When ER24 paramedics arrived at the scene at approximately 08h00, they found a truck lying on its roof and multiple patients lying around. Upon further assessment, it was found that the patients had sustained injuries ranging from minor to moderate. Fortunately, no serious injuries or fatalities were reported.

ER24, and various other medical services at the scene, treated the patients before transporting them to hospital for further medical care.

The exact circumstances surrounding the incident is not known to our paramedics, but local authorities were on the scene for further investigations.