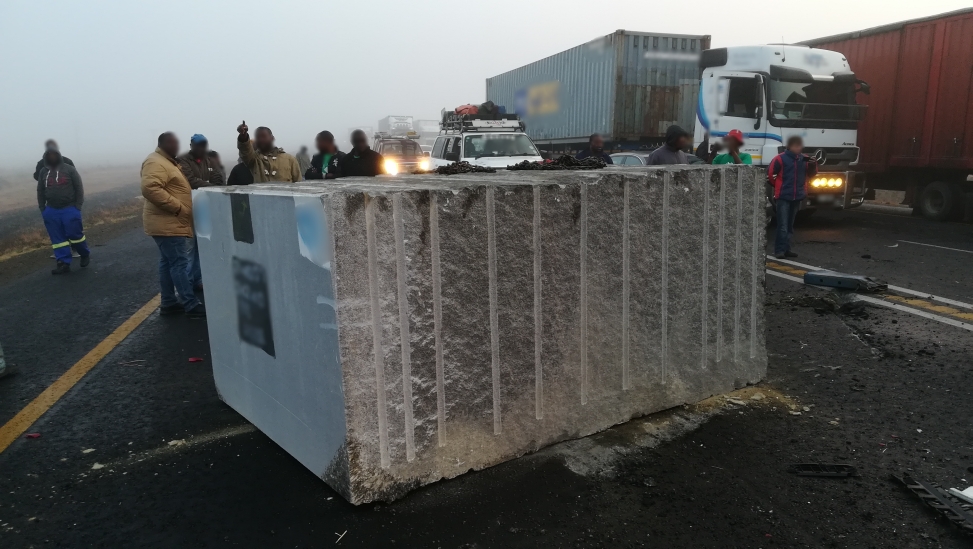 Free State: At 07H12 Tuesday morning Netcare 911 attended to a collision on the N3 North Bound between Harrismith and Warden.

Reports from the scene indicate that two light motor vehicles and a mini-bus taxi were involved in a collision.

A heavy motor vehicle transporting a large granite block swerved to avoid the collision and lost its load in the process.

Seven people in total sustained injuries ranging from mild to moderate and were treated on scene.

All the injured were transported by government as well as another private ambulance service to hospital for further treatment.

All necessary authorities were on scene to investigate.

Tags: collision on N3 between Warden and Harrismith