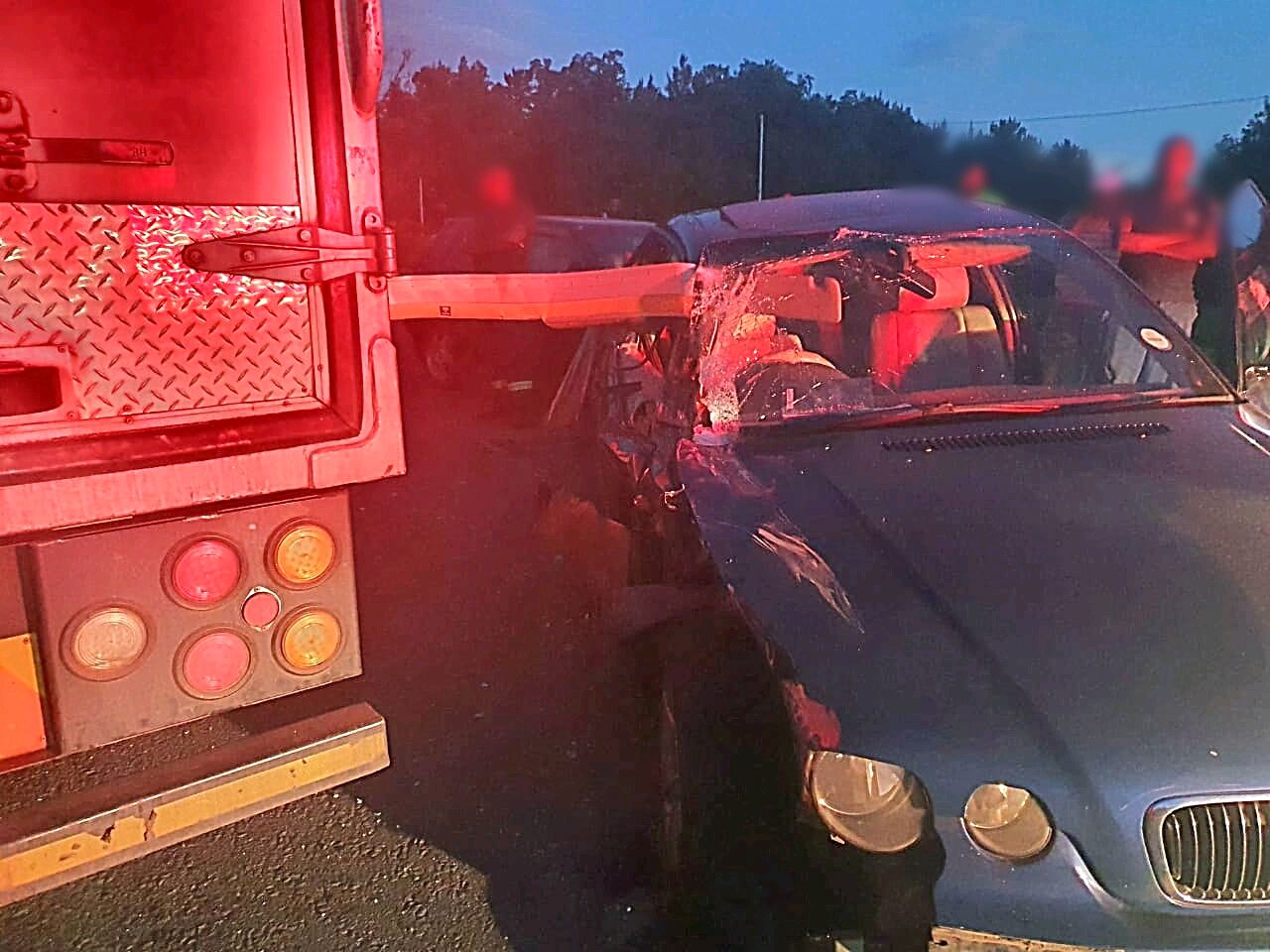 A sixty-two-year-old male motorist has been left with moderate injuries following a collision on at the intersection of Power and Refinery Roads just before seven this evening.

Reports from the scene are that two light motor vehicles and a truck collided, with parts of the load area of the truck piercing through one of the cars.

The man was treated and stabilized on scene by Emergency Care Practitioners before being taken to a nearby hospital for further care.