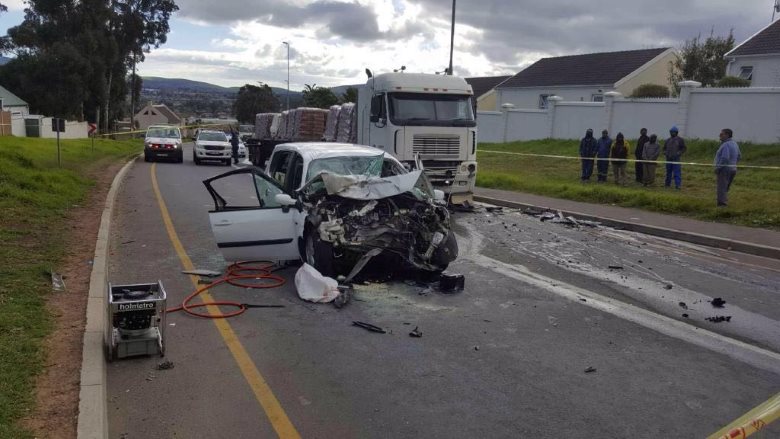 A woman and her 17-year-old son was killed this afternoon when their light motor vehicle collided head-on with a truck on the Langeberg Road in Durbanville in the Western Cape.

ER24 paramedics, along with Life Healthcare and Metro services, arrived on the scene at 13h09 and found both the truck and light motor vehicle in the middle of the road.

On closer inspection, paramedics found the lifeless body of a woman lying in the passenger seat of the light motor vehicle. Unfortunately, the woman had already succumbed to her multiple, fatal injuries, prior to the arrival of paramedics. Nothing more could be done for the woman and she was declared dead on scene.

On assessment, it was discovered that the child had sustained numerous injuries and showed no signs of life.

Paramedics immediately initiated CPR and advanced life support interventions in a 40-minute operation. Once the patient’s vital signs returned, he was rushed by ER24 ambulance to Mediclinic Durbanville for urgent treatment.

Upon arrival at hospital, the child’s vital signs deteriorated. Paramedics and hospital staff, once again, initiated CPR and advanced life support interventions. Unfortunately, after a further 20 minutes, no vital signs returned and the boy was declared dead.

The driver of the truck fortunately did not sustain any injuries.