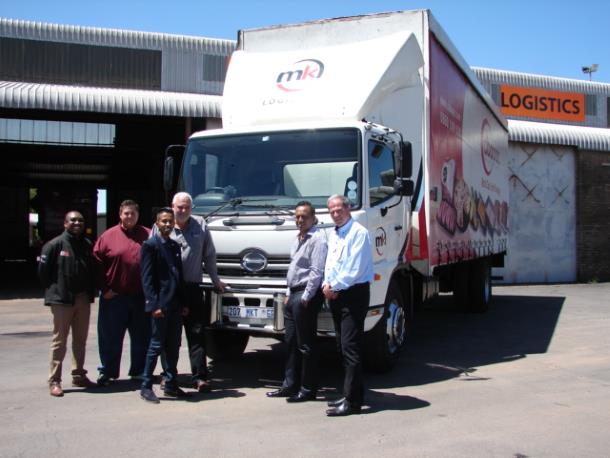 So much is written about the transport and logistics industry, especially where the growth of some of the larger groups have had their roots from small beginnings, mainly through the dedication and passion of a single individual with one vehicle who operated as an owner-driver.

It’s been just over 22 years since Ravi Moodley Managing Director, started MK Logistics with his single vehicle and over a period of four years expanded his fleet with a few more vehicles. However, with the company going from strength to strength, he could not only grow the fleet but could also add further dimensions to the company’s portfolio by including warehousing and distribution. This marked the beginning of the MK Group which created a strong, new competitor in the logistics, warehousing and distribution industry.

Strong financial discipline and a management team with extensive industry experience led the way to the MK Group achieving its primary objectives. Today the fleet consists of over 250 vehicles ranging from 1-ton pickups to the latest in long-haul super link behemoths of the road. Warehousing facilities have been extended and Mk Logistics now boasts several strategically placed warehouses in Alrode (three), Durban, Cape Town, and Rosslyn (Pretoria).

The head office of the MK Group has recently relocated to a larger facility in Randvaal, near Meyerton.

When asked about brand loyalty, considering the different brands which MK Logistics has in its fleet, Ravi Moodley, responded without hesitation and said, ‘’Of all the vehicles in our fleet I have found Hino to be the most cost effective. Our first exposure to Hino was when we purchased several used Hino 500, 8-ton units which had become available owing to the demise of Pepsico Corporation in South Africa some years ago. Since then we have grown the Hino fleet to over 40 units, mostly the 500 model in different configurations of freighter and truck tractors.”

The success and growth of MK Logistics can be attributed to the service it renders to its clients. New contracts will only be considered if the company can perform within its capabilities to offer a flawless service which means eliminating the service of sub-contractors.

Furthermore, Ravi Moodley, with his vast industry experience, will go that extra mile to always consider expanding his fleet to service any additional requirements his customers may have in the growth of their own businesses.

“The excellent service which MK Logistics renders to its clients goes together with the service it receives from its vehicle suppliers. With the Hino brand, we have the reliability we require and the back-up when it comes to service and parts,” said Moodley.

“A big advantage is the Hino SA countrywide infrastructure which provides a service facility in most cities and towns in South Africa. We have found the Hino 500            8-tonner to be a straight forward vehicle with no electronic complexities so if we have to send a vehicle to a remote area urgently the Hino is the obvious choice,” concluded Moodley.

The MK Logistics Group’s focus is on the food and packaging industries, both strategic in their nature, representing sizeable sectors of the economy. The company’s selection of reputable and reliable transport providers is paramount to the success of the group’s long-term strategy.