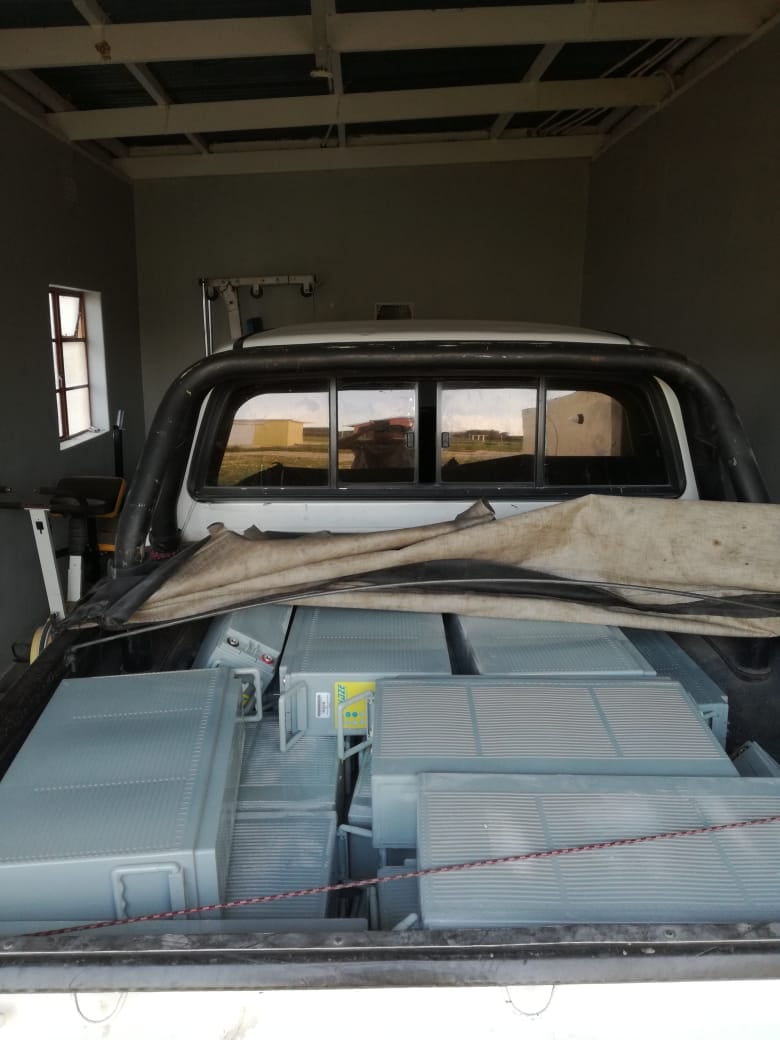 Between 02:00 and 12:00 on Friday, 28 January 2022, five men between the ages of 25 and 38 respectively were arrested by Van Zylsrus SAPS for tampering and damage to essential infrastructure and theft.

According to reports the Station Commander of Van Zylsrus, Lt Col Du Plessis and members under his command reacted quickly to a complaint of a Toyota bakkie that was allegedly driving around at the farms.

Upon searching the bakkie, the police discovered 24 cellphones tower batteries, a generator battery and 20L of diesel in the vehicle.

The driver was arrested after failing to give proof of ownership of the items. Later the members found an abandoned Toyota Etios along the road and searched it. Housebreaking implements were found inside the vehicle.

With the assistance of farmers in the Van Zylsrus district, all three suspects were arrested while hiding in the bush.

Two vehicles were confiscated together with all stolen items. All suspects will appear in the Kuruman Magistrates’ Court soon.