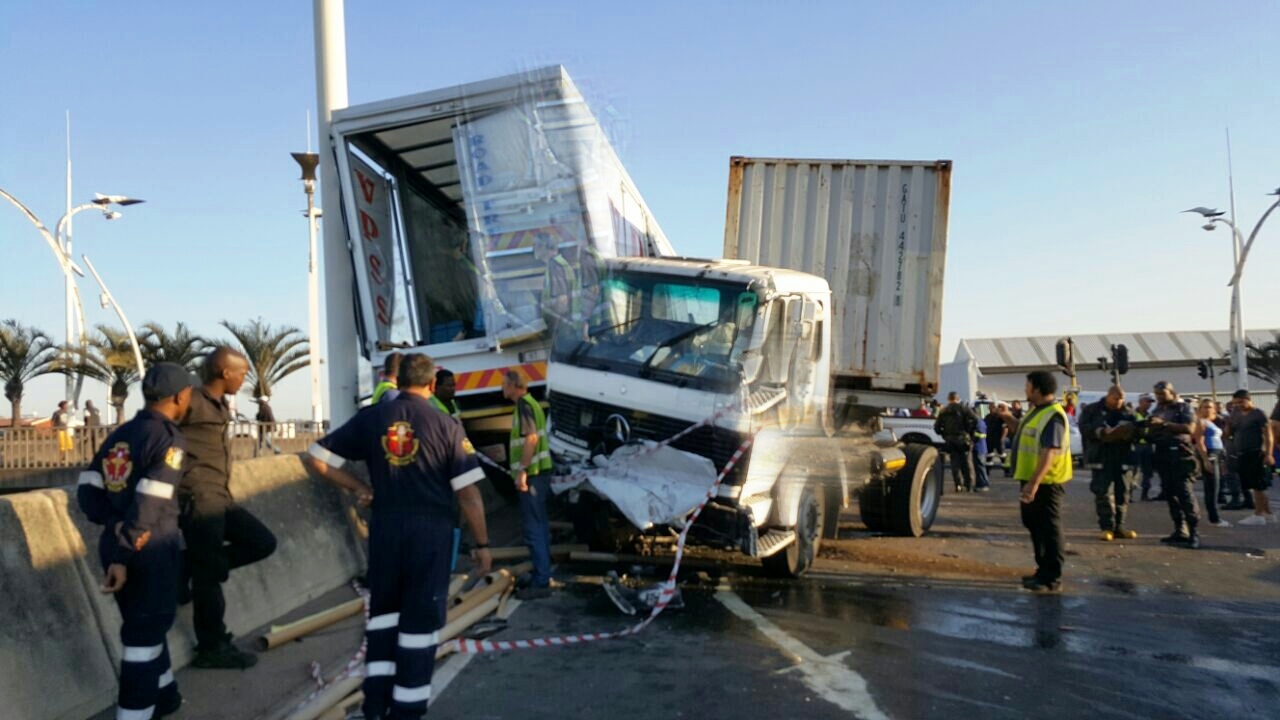 A man is in a serious condition after been entrapped in his vehicle which was squashed by two trucks on Quality Street over the M4 Southern Freeway Bridge just after 3pm today.

Rescue Care Paramedics arrived on the scene to find that two trucks and a car had collided on the bridge but the car was stuck under the truck. Advanced Life Support Paramedics climbed under the truck and stabilised the man whilst he was in his vehicle before cutting him free from the wreckage. Once freed the man was carefully extricated from the wreckage before being transported by Rescue Care to a nearby hospital for the further care that he required. Three other patients had been injured and were also treated and transported by ambulance to a nearby hospital.

At this stage it is unclear what caused the collision however the necessary authorities were on scene and will be investigating further. 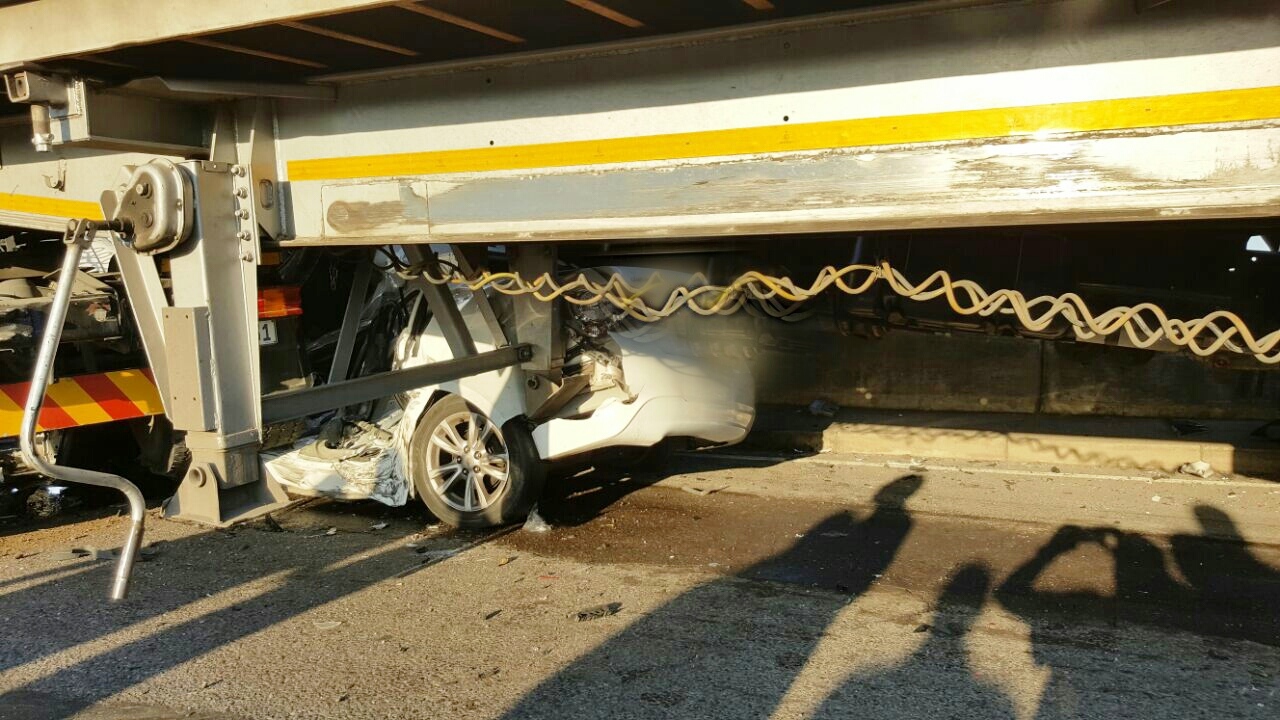