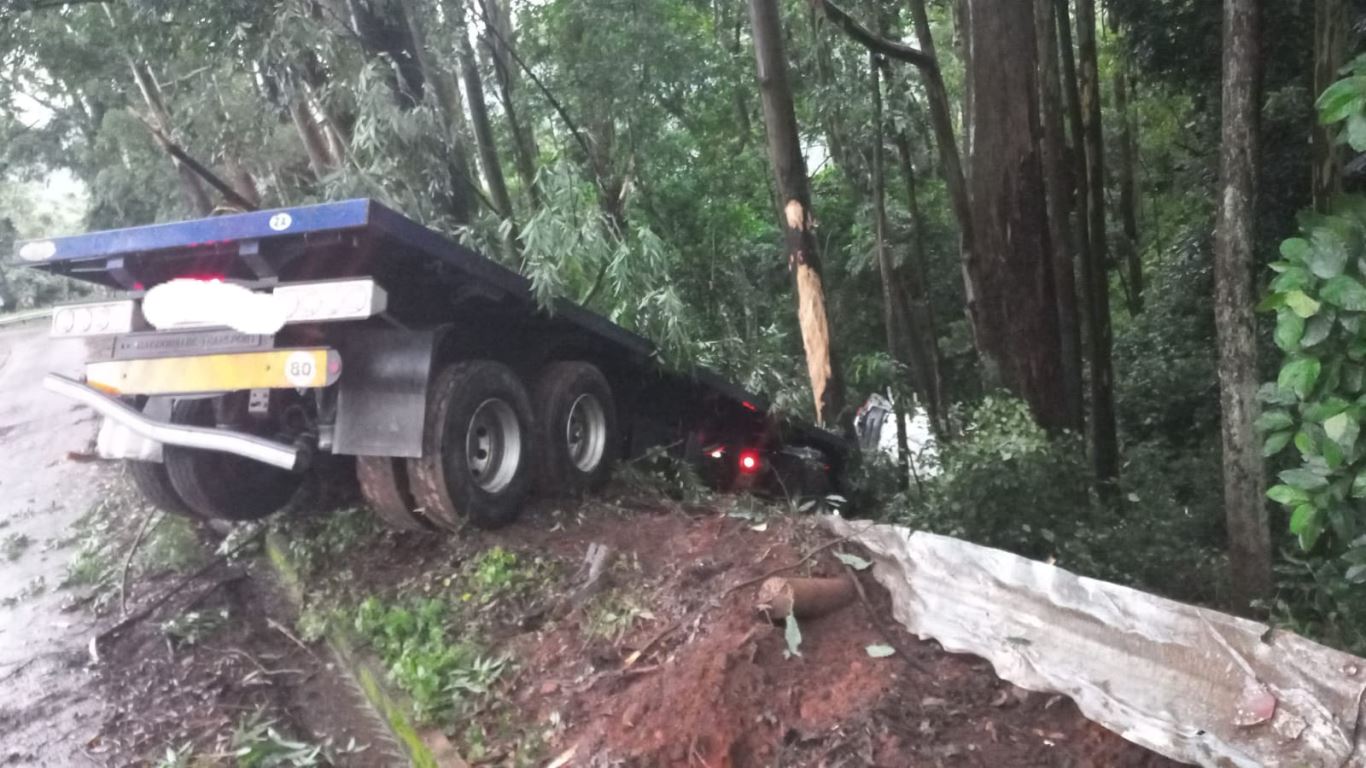 Last night, a man was seriously injured when his truck crashed down an embankment off the R71 Mogoesbaskloof outside of Tzaneen.

ER24 and other services arrived at 18h00 to find a large truck partially down a deep embankment. A man was found lying trapped inside the cab of the truck.

ER24 and Rescue Services had to use specialised rescue equipment to make their way down to the man and extricate him from the vehicle, an operation lasting three hours.

Once released, medics assessed the man and found that he was in a serious condition. The man was treated and provided with pain-relief medication before being transported by another service to Mediclinic Tzaneen for further care.