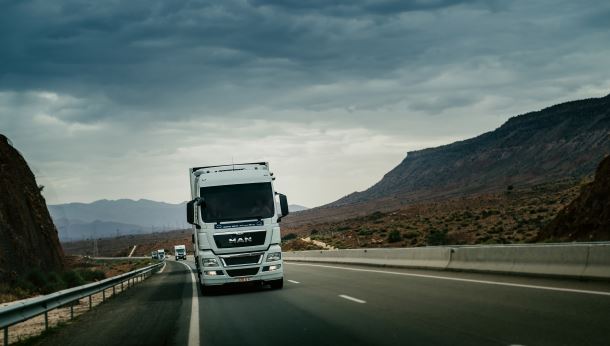 On 17 October, a caravan of trucks mobilised by MAN and SEFAMAR, the Munich-based manufacturer’s importer, departed Agadir on a trek across Morocco. The convoy of five trucks – two long-haul transport road trains, a refuse collector vehicle and two tippers – covered 1700 kilometres over 10 days,  stopping at five cities along the way: Agadir, Marrakech, El Jadida, Nador and Tangier. The stopovers also coincided with the opening of new MAN dealerships in Agadir, Nador and Tangier.

The opening of the workshop in Agadir marked the symbolic start of the MAN caravan trek. On 17 October, the 10,000 m2 site hosted the opening party attended by around 200 customers from the region. Outside the newly constructed workshop building, with its five repair bays, sales showroom and parts shop, guests were treated to a lavish opening ceremony featuring traditional Moroccan music and dancing. The CEO of SEFAMAR, Allal El Mansouri, cut the ribbon to open the new workshop for business. This was also the starting signal for the waiting caravan, which subsequently set off on its 10-day tour. Along the way, the caravan also helped to host two further opening ceremonies for workshops in Nador and Tangier.

Over the course of this 1700 km tour, MAN and SEFAMAR aimed to give Moroccan customers a clearer picture of the wide range of MAN products,  their reliability and robustness, and the service and after-sales expertise that the brand with the Büssing lion could offer. It was evident from customers’ reactions that the mission was a resounding success.

The decision by MAN and SEFAMAR to cross Morocco, from Agadir to Tangier, in a caravan of five trucks, stopping off in Marrakech, El Jadida and Nador, gave these two companies a perfect opportunity to demonstrate their dense service network and their proximity to their customers.

From motorways to trunk roads, the vehicles proved throughout their journey that they are robust, reliable and extremely comfortable. Three of the five vehicles were also fitted with sleeper compartments and showed just how comfortable MAN cabs are to sleep in.

The final stage of the first MAN caravan trek across Morocco culminated in the triumphant finale on 1 November to which SEFAMAR invited its customers located in the southern region of the country. The body manufacturers Krone, ExtraBenne, Bennes Marrell and Faun accompanied the caravan as tour partners.

Samira El Mansouri, the managing director of SEFAMAR, had only positive things to say about the caravan: “The roadshow was a great experience. It gave us the chance to get closer to our existing customers and to catch the eye of potential new ones. The tour was also a good opportunity to strengthen the relationship between the MAN and SEFAMAR teams. Last but not least, the fact that we opened three new sites sent a clear signal that customer service is our priority.”

Sales of MAN trucks in Morocco have risen sharply in the past two years, making SEFAMAR the country’s market leader in the heavy truck segment.