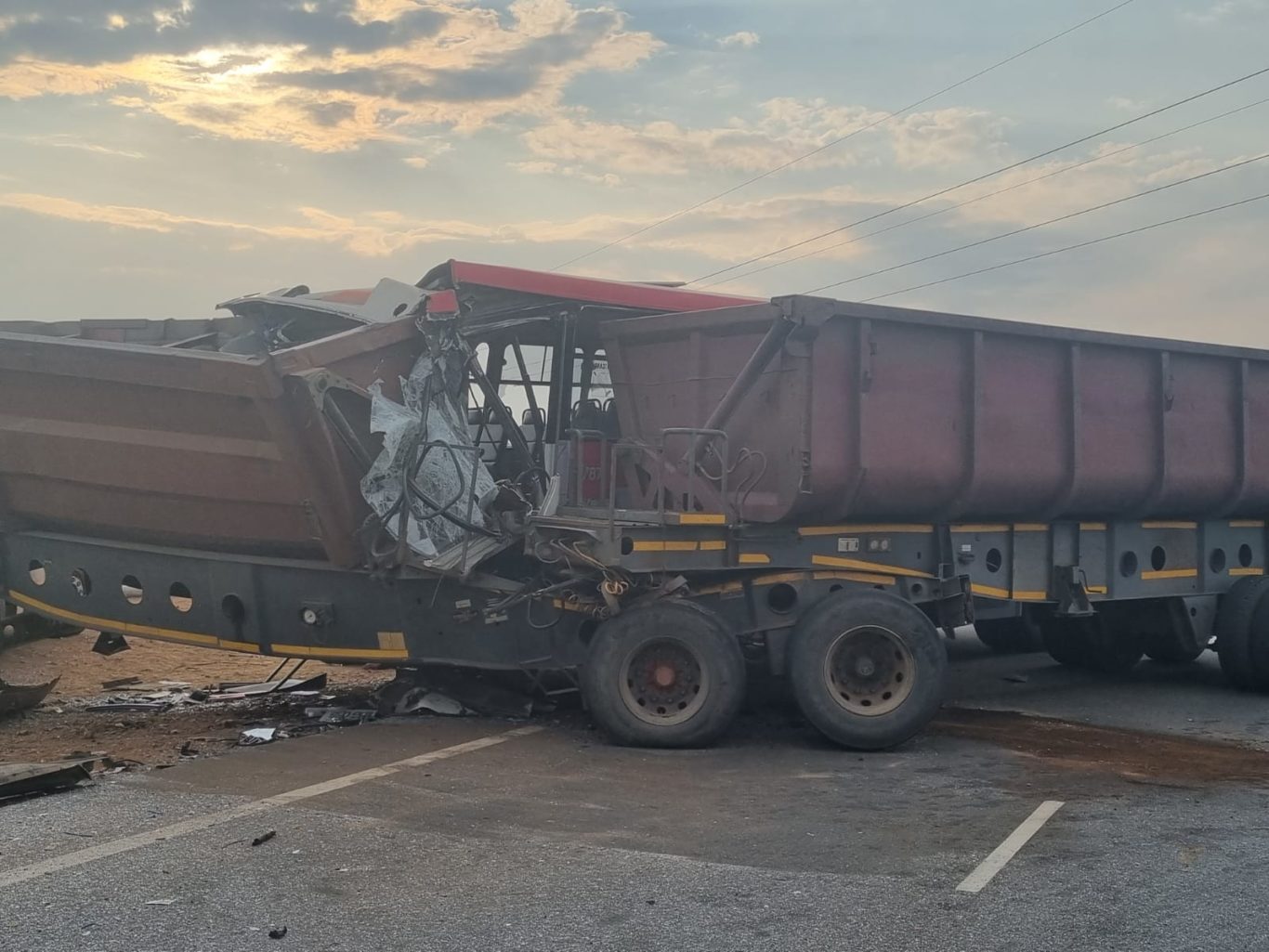 A man, believed to be in his 40s, was killed this morning when the bus he was driving crashed into the side of a truck and trailer on the N12 in Lenasia.

ER24 arrived at 06h45 and found both the truck and trailer blocking the two lanes and centre median. The bus driver was seen lying trapped inside his vehicle.

Medics assessed the man and found that he had sustained numerous injuries and showed no signs of life. Nothing could be done for him, and he was declared dead.

The driver of the truck was not found on the scene.