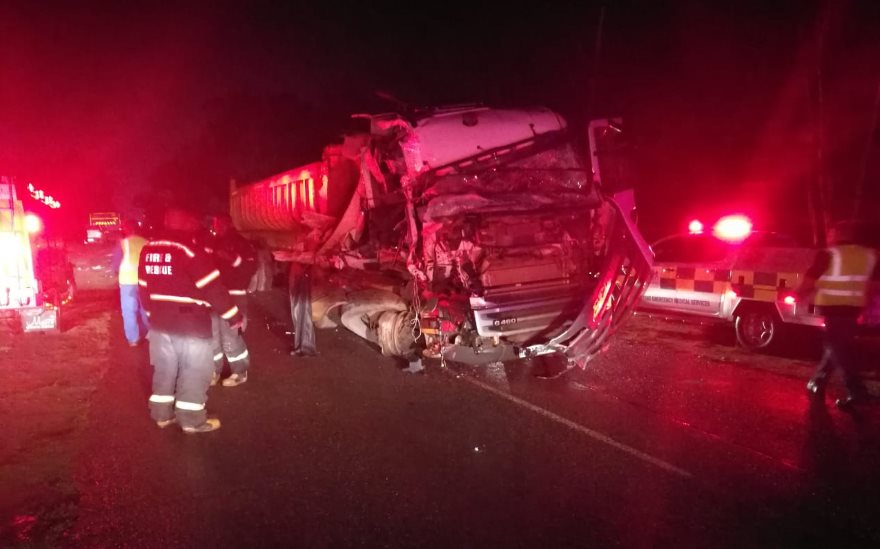 One man has died and two others were injured following a head-on collision between two large trucks on the East Driefontain Road in Carltonville, Gauteng, early this morning.

ER24 paramedics arrived at 3:28 am to find one adult male with moderate injuries wondering the area and another still in one of the trucks who had sustained fatal injuries.

Unfortunately, nothing could be done for him and he was declared dead on arrival by another service. A third male with minor injuries, who had gone to call for help, returned to the scene of the accident. Both the injured men were then treated and transported to a private hospital in the area.

SAPS and Fire & Rescue were on the scene for further investigation.