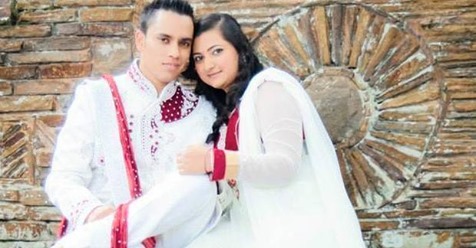 Durban – Ashveer Roopnarain, 35, and his wife Charlene, 32, had big dreams for this year.
He was a chiropractor who practised in Bayview, Chatsworth. She is a medical doctor who had worked for Caprisa (the Centre for the Aids Programme in South Africa).

In October, the couple gave up their jobs in Durban and moved to Midrand, north of Joburg, where they had jobs in the pharmaceutical industry.

Charlene started work in October while Ashveer would have started his job this week. The couple wanted to buy their own home in the coming months and start a family.

However, tragedy stuck on Thursday a day after the couple had welcomed in the new year with family and friends in Chatsworth.

On the N3 to Joburg, their car, a Ford ST, broke down near Harrismith. The couple called a tow truck company and then informed their families of what had happened.

According to Kishore Harichund, Charlene’s father, the tow truck operator arrived at the scene and wanted to tow the car using a Toyota Fortuner, an SUV.

“Using a rope, the operator towed the vehicle. Ashveer and Charlene opted to stay in their vehicle while it was being towed. However, minutes later the rope snapped and their vehicle veered across the road where it was hit by an oncoming truck.”

Ashveer died at the scene while Charlene, who sustained severe head injuries, was rushed by ambulance to the hospital. She is in a stable condition at the Busamed Harrismith Private Hospital, but she is unable to remember the incident at this stage.

Harichund said he was staying with his wife Molly at a B&B in Harrismith to be close to Charlene.

“Our families are traumatised. Ashveer was a helpful and wonderful person. We only told Charlene on Sunday that Ashveer was dead. She’s devastated.

“We held a funeral service for Ashveer on Saturday but we postponed the cremation until Charlene’s condition improves. We wanted her to be able to say goodbye to him. Ashveer’s body is now being kept at a funeral parlour.”

According to Harichund, the couple attended Kharwastan Secondary School and were high school sweethearts.

“They dated for 14 years before marrying five years ago. Charlene graduated as a doctor in July 2019 from the University of KwaZulu-Natal. Ashveer also graduated with his MBA. Our families were so proud of them.

“Now that their studies were completed, they were looking at purchasing a home and starting a family. They came to Durban on December 23 to spend Christmas and the New Year with us. We had the most wonderful time and they were so excited about all the things they planned to do in the new year.”

Ettienne Pel, the chairperson of United Towing Association of SA, said the organisation was aware of the incident and had launched an investigation.

“We are working with the authorities to regulate the towing industry in order to avoid incidents like this.

“Our condolences go out to the family.”