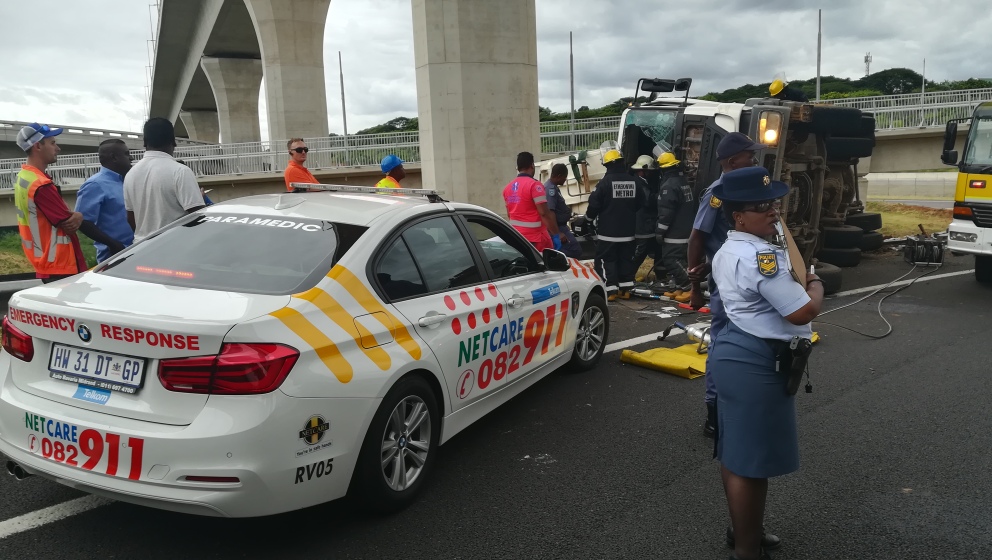 KwaZulu-Natal: At 14H34 Tuesday afternoon Netcare 911 responded to reports of a collision on the N2 offramp onto the M41 Westbound.

Reports from the scene indicate that the driver on a tipper truck lost control around a bend resulting in the rollover.

The Ethekwini Fire and Rescue Services used hydraulic tools to free the man trapped in the wreckage while a Netcare 911 Emergency Care Practitioner stabilised him.

Once free the patient was transported by ambulance to the hospital for further treatment.