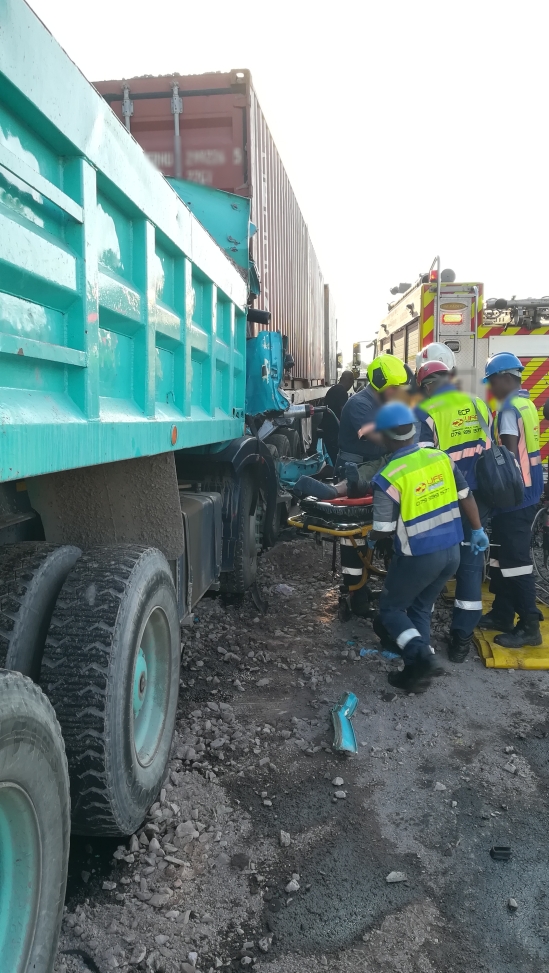 KwaZulu-Natal: At 14H10 Tuesday afternoon Netcare 911 responded to reports of a collision on the M7 West bound in Northdene.

Reports from the scene indicate that a truck had driven into the back of a broken down SUV in the emergency lane critically injuring one of the occupants an adult male retrieving property from the boot.

Another truck had then driven into the first truck trapping the male driver in the wreckage.

The Ethekwini Fire and Rescue Services and a Netcare 911 Rescue Technician had to use the Jaws of Life to free the man.

An emergency helicopter was called to the scene to airlift the patient that was crushed between the SUV and truck.