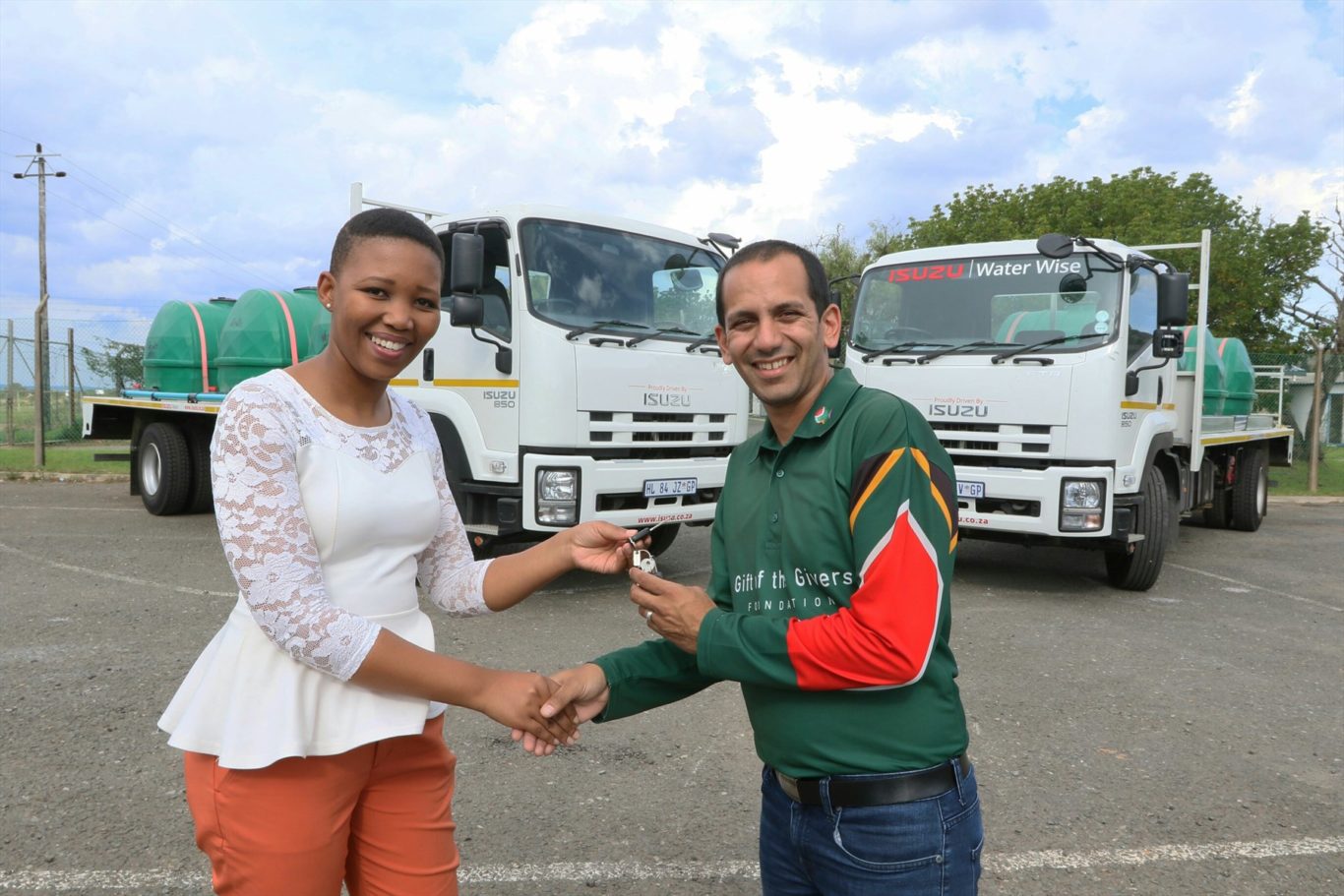 ISUZU Motors South Africa this week delivered two water tank trucks to the disaster relief organisation, Gift of the Givers, to help with the water crisis in Makhanda (Grahamstown).

Gift of the Givers Director of Strategic Planning Badr Kazi said the clean water will be trucked from boreholes drilled at various locations across the Makhanda municipal area to strategic points in the community, for use by residents.

“The water tankers are playing a very strategic role in getting the clean water from the source, to the residents. Isuzu has made an invaluable contribution to our operations here in Makhanda and we are very grateful for the use of these trucks,” said Kazi.

Gift of the Givers has been working tirelessly to relieve several drought-stricken parts of the country, including Beaufort-West and more recently Makhanda. The Gift of the Givers team arrived in Makhanda on February 12 and have since drilled 10 boreholes as a mid-term solution for the water crisis being experienced in the Eastern Cape town, mid-way between East London and Port Elizabeth.

“We leverage key partnerships to find sustainable solutions in the community. The water situation is dire, particularly in Makhanda. Gift of the Givers delivered donated Jojo tanks to the town. However, when these tanks run dry, they need to be filled. The two water trucks were used in Beaufort West earlier this year and were used last year in Cape Town during the city’s water crisis by the non-government organisation Save our Schools (SOS),” said Johnson.

Before the Gift of the Givers team arrived in Makhanda in February, residents in the east of the town were without water for several days due to challenges experienced at the James Kleynhans Water Treatment Works, which supplies water to Makhanda East.

Kazi said while the municipality is attending to these infrastructural challenges, the role of Gift of the Givers is to assist and mediate the immediate crisis. It is expected that another 10 boreholes could be drilled, as a temporary measure.