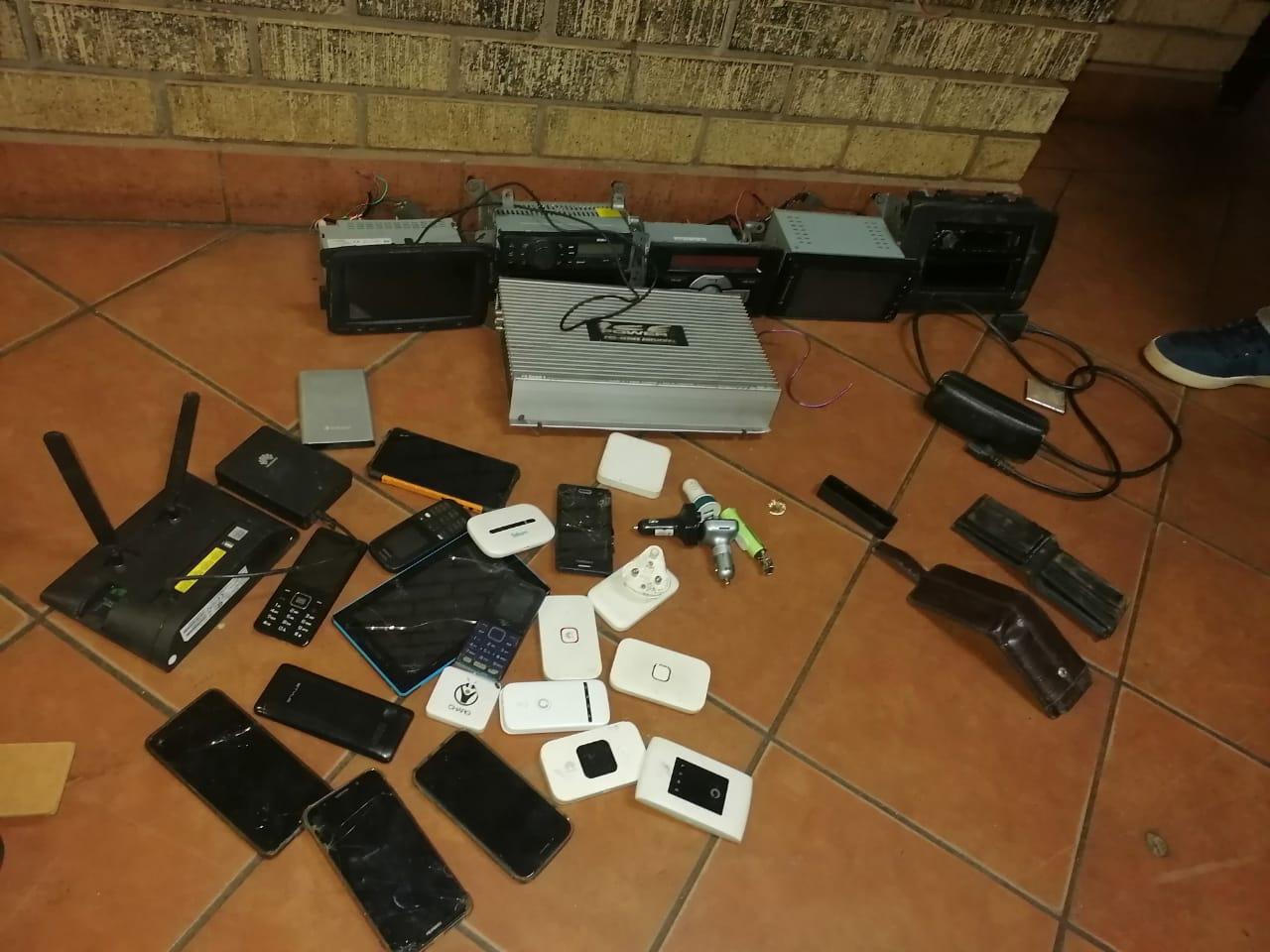 Members of SAPS Mamelodi East arrested a 33-year-old suspect in Lusaka on Thursday, 31 March 2022 for possession of a hijacked vehicle and stolen property.

According to a preliminary report members of SAPS Mamelodi East together with Tshwane Crime Intelligence followed up on information regarding a suspect linked to a series of carjacking cases in the area.

The integrated team conducted an intelligence-driven operation in Lusaka where e-hailing vehicles are reportedly being hijacked. The members proceeded to an identified address and conducted a search. This led the members to recover a number of car keys; cellphones; WiFi routers; car parts; bank cards and various other items.

The suspect is expected to appear before the Mamelodi Magistrates’ Court.