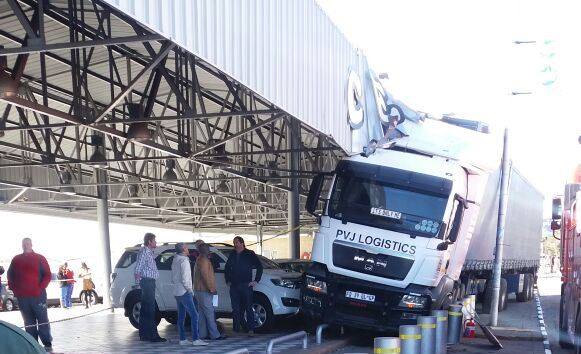 North West: Police in Rustenburg arrested a 45-year-old suspect for possession of hijacked truck in the early hours of yesterday, 4 August 2016. The truck was allegedly hijacked on Wednesday in Hammanskraal near Pretoria.

According to information, the police spotted the truck which by then, was also being followed by employees of a tracking company.

Upon realising that he is being followed, the driver got out of the truck while in motion and fled on foot. The truck then collided with vehicles at a nearby car dealership.

The suspect was chased and eventually arrested. He is expected to appear in the Rustenburg Magistrates’ Court on Monday, 8 August 2016.