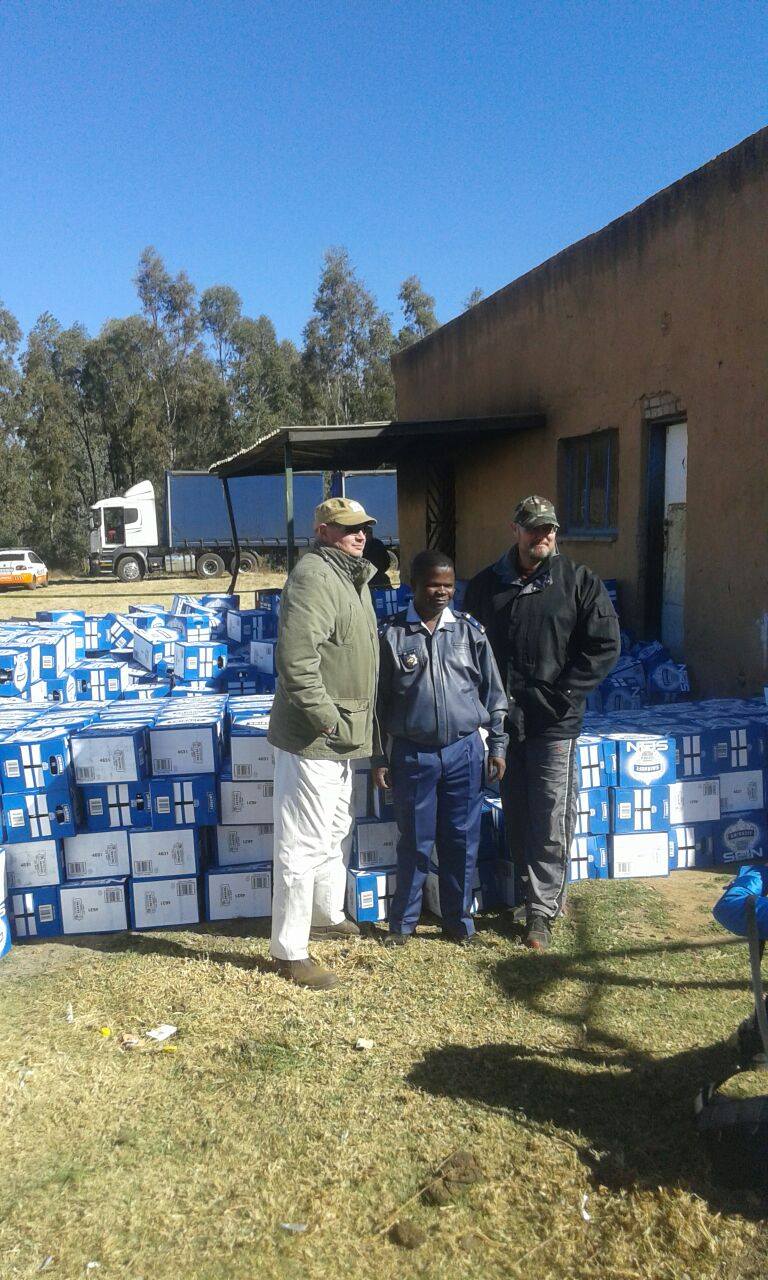 The vehicle was recovered at the R28/N12 intersection in Westonaria. The driver was found in the vehicle, hands still tied. Investigation then revealed that the cargo might be in the Randfontein area. The recovered truck is worth R1.2 million.

Investigation by Imperial Investigations lead to a small holding in the Randfontein area.

Members of JMPD K9 unit and Randfontein SAPS accompanied the investigators to the said address in Randfontein South agricultural holdings. There the members recovered liquor worth R400 000, some in a container and others just stacked outside.

A 39 year old male was arrested on the scene and investigation into this matter will surely lead to more arrests, according to the members of Provincial Investigation Unit and the Westrand Task team.

The Randfontein Station Commander, Brigadier Manamela visited the scene and personally congratulated all the participants for their efforts in this recovery.

“The SAPS appreciate the partnership between Imperial Investigation Company and JMPD K9 for achieving this breakthrough,” said Brig Manamela.