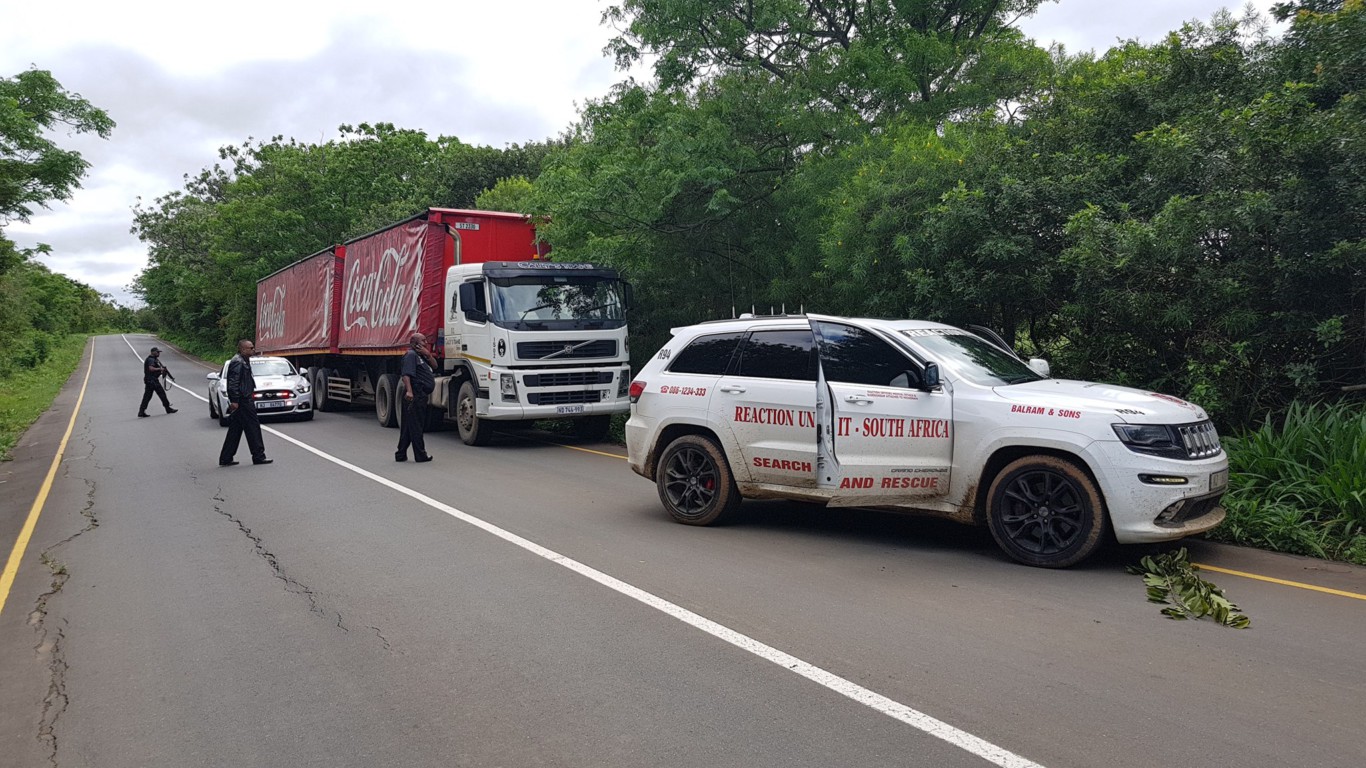 Twenty One Thousand Six Hundred (21 600) cans of Coke and Play energy drinks, a Volvo truck and two trailers worth approximately a million rand was recovered by members of Reaction Unit South Africa on Old Main Road – Tongaat a short while ago.

RUSA received a call from the owner of the truck stating that his vehicle had left the depot in Phoenix at 03:00 this morning. The vehicle was to deliver the load of cooldrinks to a warehouse in Phoenix but did not arrive. The businessman received a tip off several hours later that his truck was parked in a sugar can plantation near the King Shaka International Airport.

Reaction Officers on quad bikes and on/ off road motorbikes searched the vast canefields that were not accessible to vehicles due to the recent rains. The truck was eventually recovered approximately 4km from the initial location provided by the informer after Reaction Officers decided to expand the search to surrounding areas.

Upon inspection, the vehicles on-board camera was found covered with a reflective vest and the owners contact details was covered with mud (picture 4). Thirty pallets loaded with 330ml of Coke and 440ml of Play was recovered in both trailers.

The driver Joseph Mupfurutsa is a resident of Harare (picture 3) and is temporarily residing in Pargate – Verulam is missing. It cannot be confirmed if he is a suspect or a victim of a hijacking.

According to two motorists who frequent the road, they noticed a maroon Toyota Corolla and an unknown make of bakkie loading some of the stolen goods into their vehicles at approximately 08:00 this morning.

Reaction Officers conducted a foot search for a suspect who was seen keeping watch over the truck after his accomplices vehicles have left. During the search more stolen goods were recovered abandoned in a bush several metres away from the truck (picture 6).

If anyone has information on 24 year old Joseph Mupfurutsa, please contact Reaction Unit South Africa on 086 1234 333.