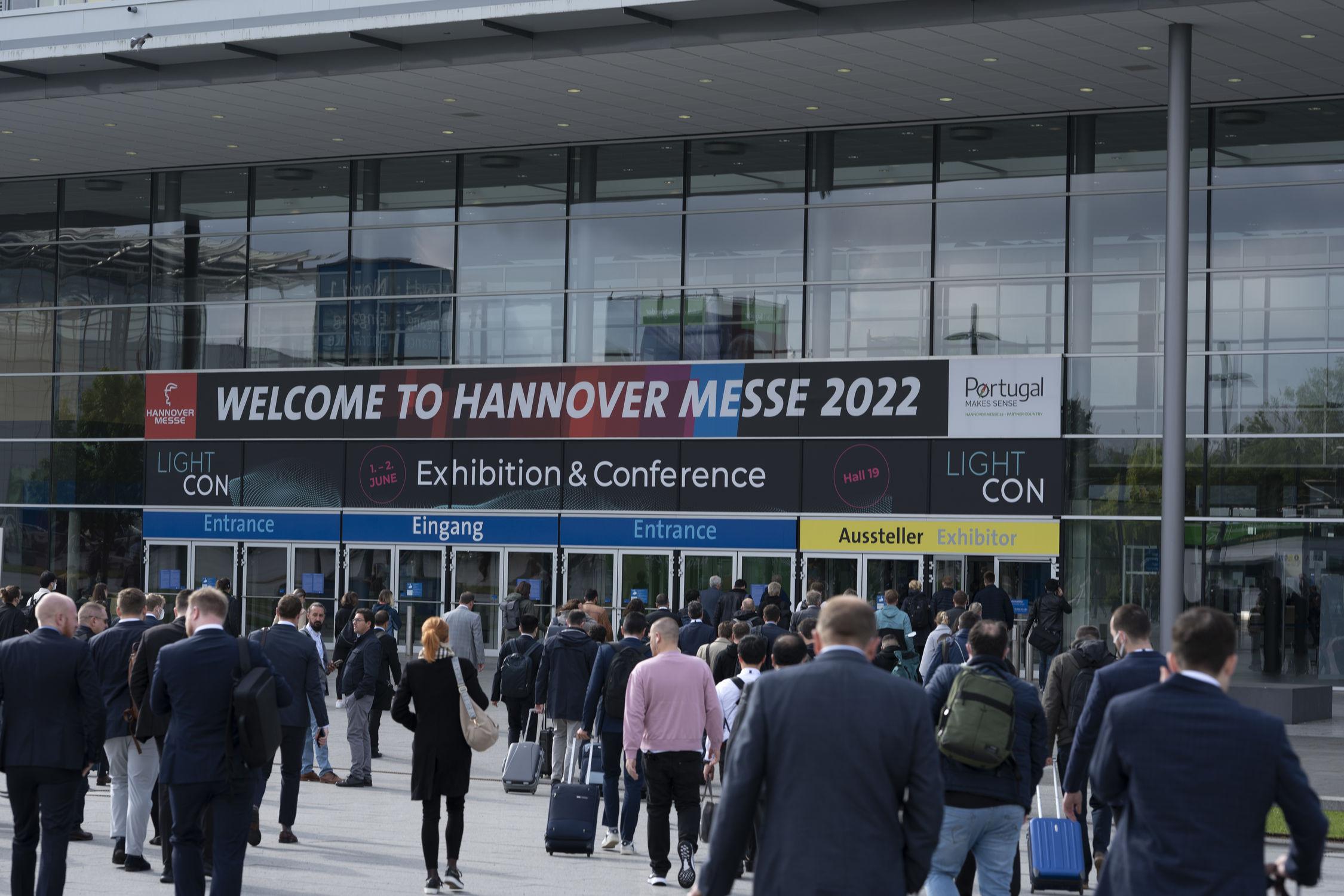 “The comeback of HANNOVER MESSE came at just the right time,” declared Dr. Jochen Köckler, Chairman of the Managing Board of Deutsche Messe. “In the face of disrupted supply chains, rising energy prices, inflation and climate change, it was all the more important to meet again face-to-face in the exhibition halls after two years marked by a pandemic, to take in the latest technology trends and get a window to the future. After four days at the tradeshow, industry, politics and research are all sending a clear signal from Hannover: Pandemics and wars must not and will not slow down the process of industrial transformation – to the contrary, we must move even faster to achieve the process of digitization and sustainability,” he added.

German Economics Minister Robert Habeck summed up the situation after a tour of the tradeshow on Tuesday: “Just taking in all the technologies on display here into account, we have the solution to all our current crises. What we see here at the trade fair is the reflection of the major problems of our time with concrete answers – which is a fascinating development.”

Round about 75,000 visitors networked with 2,500 exhibitors on ways and means of making their value chains fit for the future. “Exhibitors’ expectations at this special HANNOVER MESSE were fully met. Which was also reflected in the overwhelming intention to return again for HANNOVER MESSE 2023. Nearly all exhibitors have already announced that they will be back next year. I would like to thank all the people who have been so courageous with us in making this trade fair happen again, despite all the uncertainties of the last few weeks,” explained Köckler.

This assessment was seconded by ZVEI President and Chairman of the Hannover Messe Exhibitors’ Advisory Board Dr. Gunther Kegel, who explained: “The relaunch of Hannover Messe has been a great success and has come at exactly the right time. It is irreplaceable for the dialog between politics and industry, especially in changing political and social times like these. On the basis of their innovations, the companies in the electrical and digital industries have shown they can be relied on in the transformation toward a climate-neutral industrial society.”

“It is important that politicians now keep their word and provide the appropriate framework conditions so that the momentum of the trade fair can be translated into concrete action. We are looking forward next year to welcoming even more guests from abroad,” Kegel continued.

“With its thematic focus on energy, security of supply and industrial trans-formation, HANNOVER MESSE 2022 has impressively demonstrated that we need such a leading flagship fair – more than ever after two years of pandemic,” declared VDMA Executive Director Thilo Brodtmann. “In an environment that was more challenging than ever, the exhibits showed there is no sub¬stitute for personal contact. This applies to the relationship between companies and their clients or the next generation, but also to high-level discussions with politicians, for which Hannover Messe represents the ideal venue.”

Brodtmann continued, “Just having German Chancellor Olaf Scholz, Economics and Climate Minister Robert Habeck, as well as Education Minister Bettina Stark-Watzinger pledge their support for the concerns of industrial SMEs in Hannover means a great deal in times like these. That’s why we’re confident that, again next year, when guests will hopefully be able to travel from even further away, that Hannover Messe will continue to regain its traditional size and scope.”

Tradeshow attendees learned how they could use automation and digitization to reduce energy consumption in their factories and production facilities. How they could power their production using electricity from hydrogen or how they can build resilience into their supply chains. From large-scale solutions such as the digitization of development and production processes in automotive manufacturing, to algae as a substitute for plastic, to the targeted use of software to record and reduce the C02 footprint, HANNOVER MESSE offered a broad picture of the technological options for the industry of today and tomorrow.

German Chancellor Olaf Scholz and many of the decision-makers from politics and business warned against turning away from globalization. Nevertheless, a readjustment was necessary. The idea of “friend-shoring” was the buzzword at the fair. What was meant was building up production and business in countries that maintained a similar value system. Like the partner country Portugal, which presented itself during the fair as a highly attractive and dynamic location for investment and partnerships.

In addition to the 75,000 attendees on the exhibition grounds, another 15,000 visitors attended the event digitally. They followed the conference program, took advantage of the digital product presentations and conducted conversations via chat or video call. As Köckler put it: “We succeeded in bringing together the best of the real and digital worlds. Nevertheless, it has once again been confirmed: When thousands of visitors meet thousands of exhibitors, this is only possible in a direct, face-to-face setting. The magic of a fair cannot be digitally reproduced.”