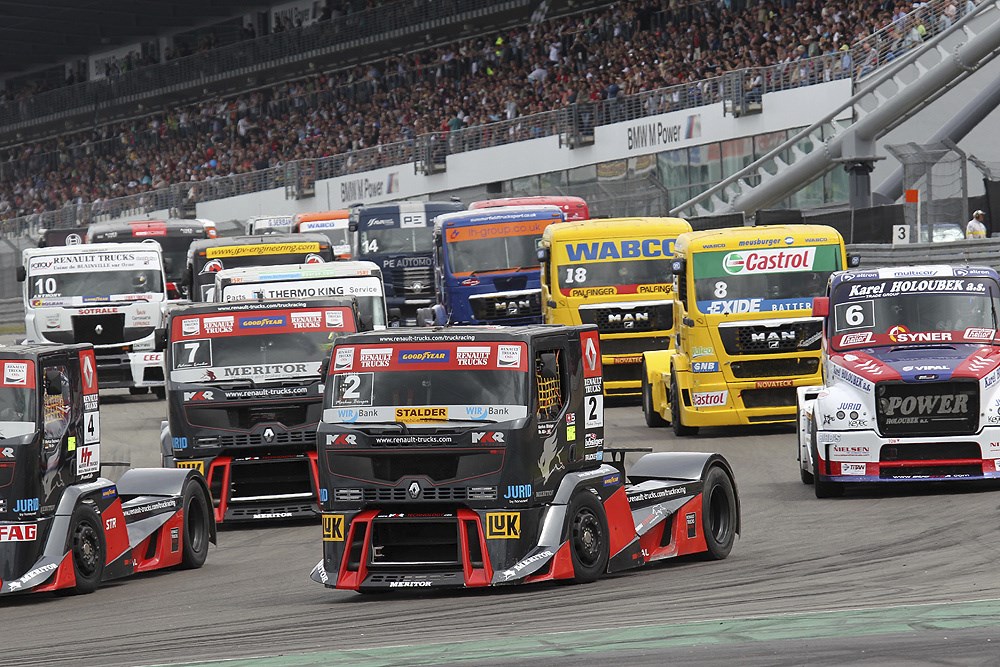 Announced as ‘the most spectacular truck competition on the planet’, the 2017 FIA European Truck Racing Championship will again see Goodyear supply its specially developed Truck Racing tyres to all competitors.  The teams finalised their preparation and testing and are ready for the season start at the Red Bull Ring in Austria on May 13 and 14.

Entering its 13th season in European truck racing, Goodyear will supply again 315/70R22.5 Truck Racing tyres, which are derived from research and development and truck race experience going back to 2004.  This was when the company started equipping the Championship with special truck tyres capable of taking the high impact from 1,500 hp, 5.5 tonne race trucks racing at up to 160 km/h.

In 2016 Goodyear was selected by the Federation Internationale de l’Automobile (FIA) as exclusive tyre partner for the FIA European Truck Racing Championship for three years, extending the long partnership it has enjoyed.

“We are looking forward to the 2017 season, which will be the 13th year we have supported European truck racing.  Our involvement in this unique sport gives us the opportunity to show the outstanding performance of our truck racing tyres, which are built on the same casings used in our regular truck tyres, as used by thousands of fleets. It also gives us the opportunity to meet truck enthusiasts and talk to them about our commitment to truck racing and the transport industry as well as our other truck products, technologies, services and solutions that are second to none in the industry,” said Benjamin Willot, Director Marketing Commercial Tyres at Goodyear Europe, Middle East and Africa.

Goodyear Truck Racing tyres are specially developed for truck racing.  They are built on standard latest generation production 315/70R22.5 truck tyre casings, which impart very high robustness.  The special tread layer and compound, which contribute to high grip, are based on Goodyear’s extensive motorsport experience.  The tyres also feature a special tread sub-layer to prevent overheating and protect against damage and excessive wear.  An asymmetric tread pattern ensures a high level of grip, both in wet and dry conditions, which is very important as only one tyre type is used in the series.  All Goodyear truck race tyres have RFID (Radio Frequency Identity), giving each tyre a unique identity.  This ‘chip in tyre’ technology is used by the FIA race officials to monitor all the tyres to ensure every team keeps to the regulations regarding the number of race tyres used and their allocation.

So, will Jochen Hahn continue to dominate the series in his new Iveco or can Buggyra International Racing System take his crown away?  What about Tankpool24 Mercedes-Benz and double champion Norbert Kiss or Rene Reinert challenging for wins, and can Steffi Halm continue her fantastic achievements of 2016?  The curtain-raiser in Austria this weekend will start to reveal who is on the pace this year.