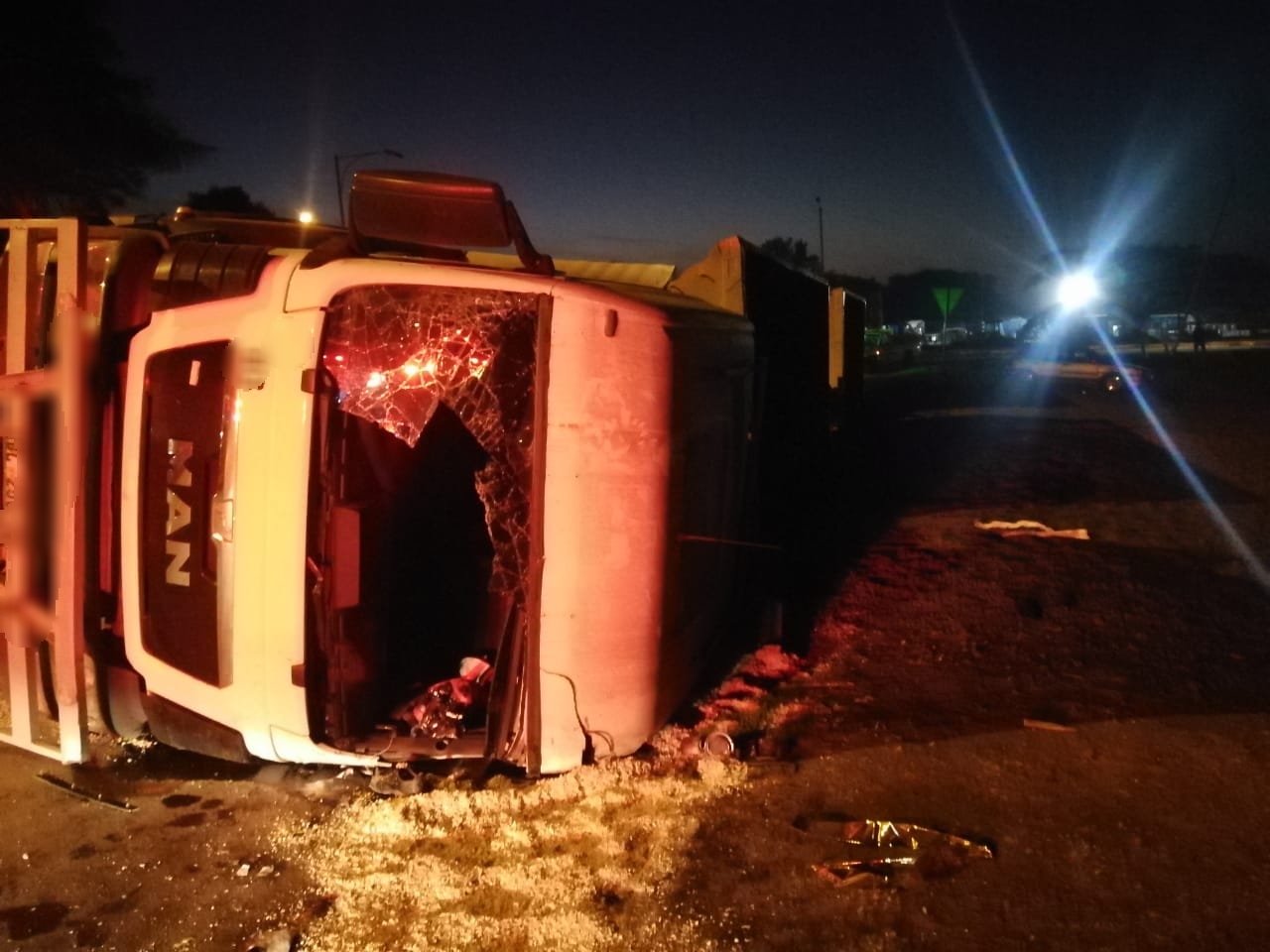 Gauteng: At 17H27 Wednesday afternoon Netcare 911 responded to reports of a collision on Industrial Road in Krugersdorp West.

Reports from the scene indicate that the driver of a heavy motor vehicle lost control resulting in a rollover.

Medics assessed the scene and found that there were two occupants both adult males.

One of the occupants had his left arm stuck under the truck and required Advanced Life Support intervention to stabilise him while the Mogale Fire and Rescue Services used hydraulic tools to free him.

Once treated both patients were transported by private ambulances to hospital for further treatment.