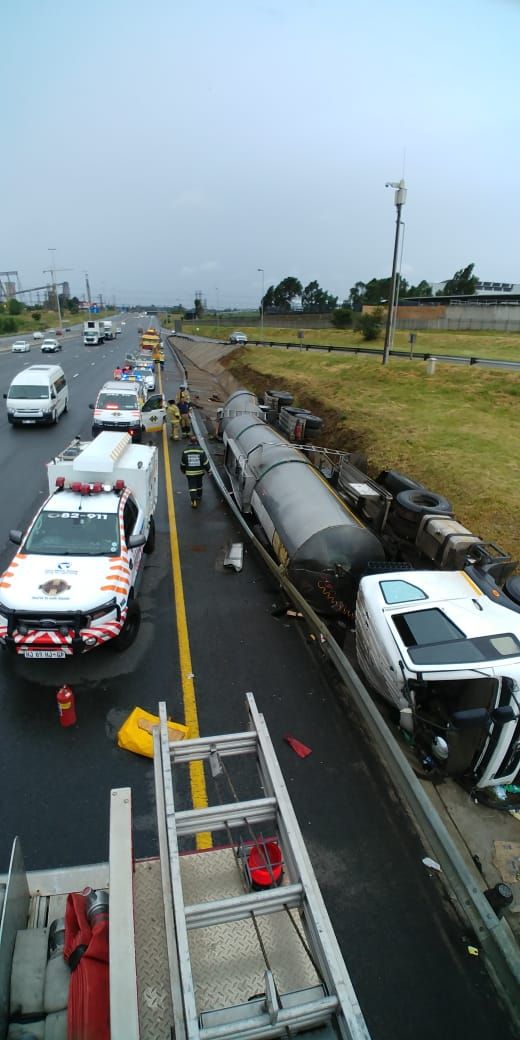 Gauteng: At 04H31 Saturday morning Netcare 911 responded to reports of a collision on Rand Airport Road at the N3/N17 split in Germiston.

Reports from the scene indicate that the driver of a heavy motor vehicle lost control resulting while taking an offramp resulting in a rollover.

The driver, an adult male approximately forty years old and also the only occupant of the truck sustained moderate injuries.

The Ekuruleni Fire and Rescue Services with a Netcare 911 Rescue technician used hydraulic tools to free the heavily entrapped patient while a Netcare 911 Emergency Care Practitioner worked to stabilise him.

Once treated the patient was transported by ambulance to hospital for further treatment.