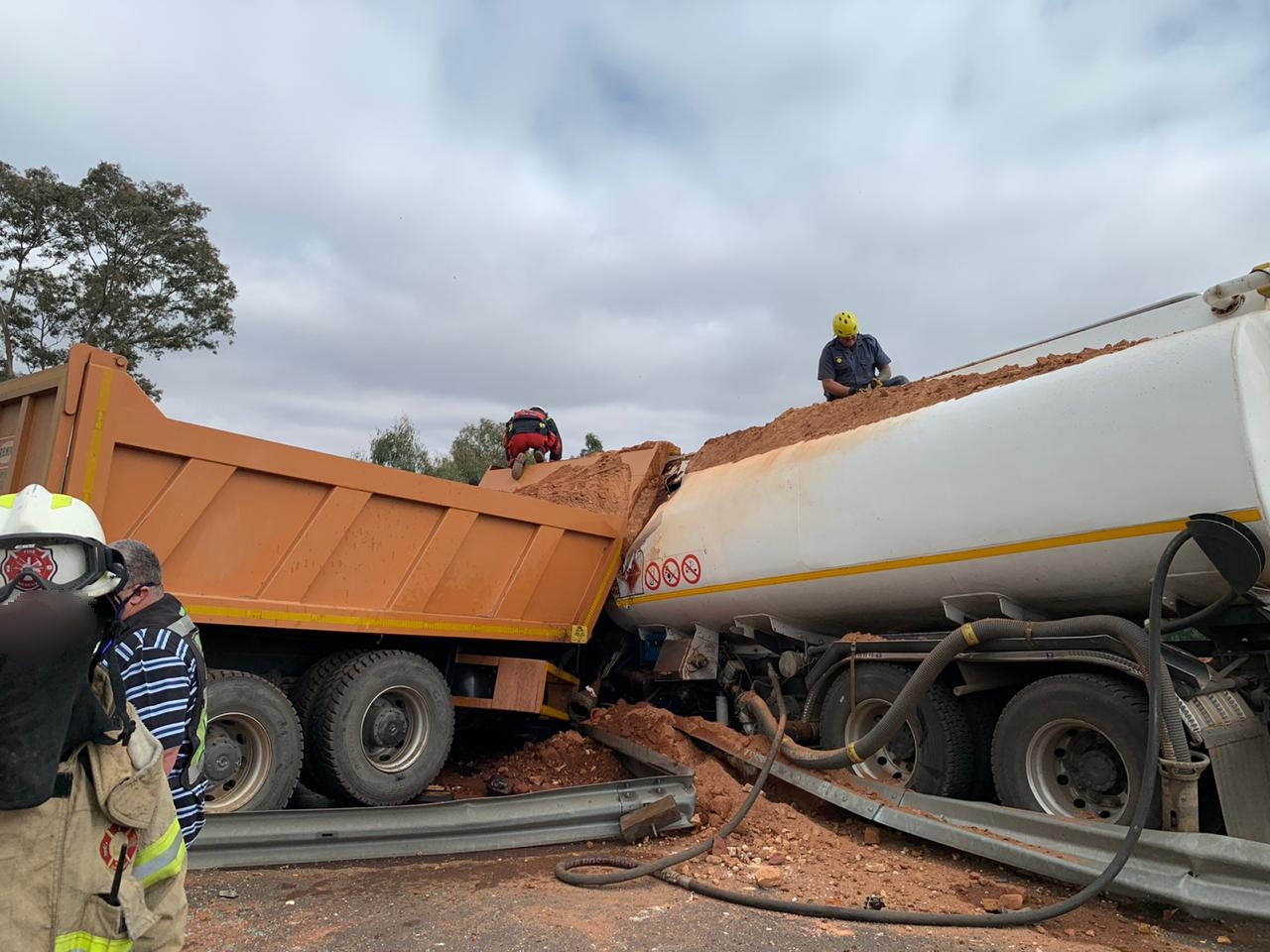 Gauteng: At 07H25 Thursday morning Netcare 911 as well as other services responded to reports of a collision on the N14 direction Muldersdrift in the West Rand.

Reports from the scene indicate that two trucks were involved in a collision.

Medics found one of the drivers, an adult male had sustained serious injuries and was treated on scene by paramedics from various services while the fire as well as various rescue services used hydraulic tools to free the man.

The driver of the tanker truck had sustained moderate injuries and was treated on the scene before being transported by a private ambulance to the hospital for further treatment.

Due to the serious nature of the tipper truck driver’s injuries, a Netcare 911 Helicopter ambulance was activated to airlift him to hospital.