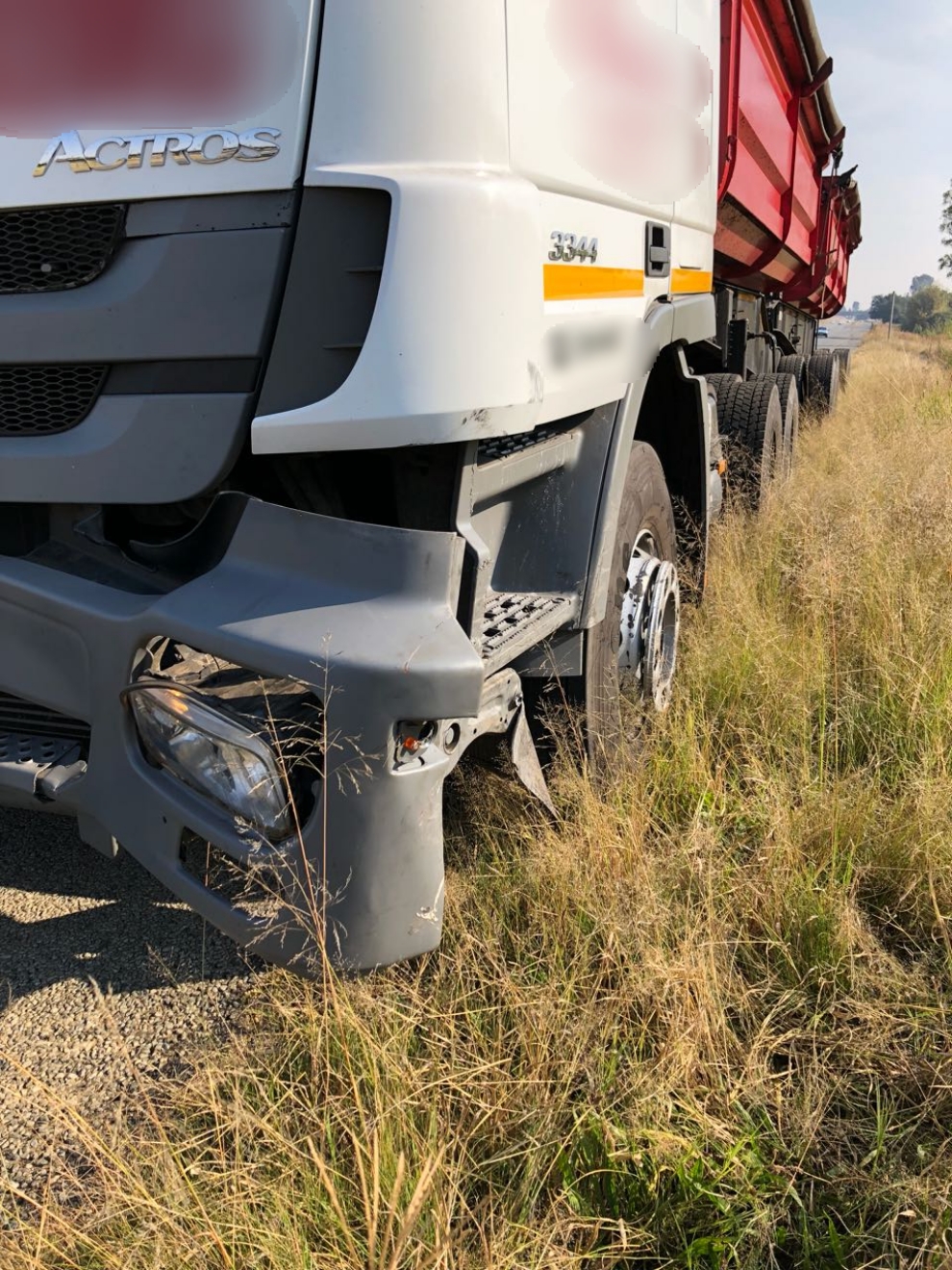 At approximately 08:53am Netcare 911 responded to an accident on the Golden Highway in Vanderbijlpark, Gauteng.

On arrival on the scene Netcare 911 and other emergency medical services found a truck and a vehicle had been involved in a collision.

Paramedics attended to a 45-year-old female from the vehicle who sustained moderate injuries and a male truck driver in his 30s who sustained minor injuries. They were both transported to hospital for further medical care.