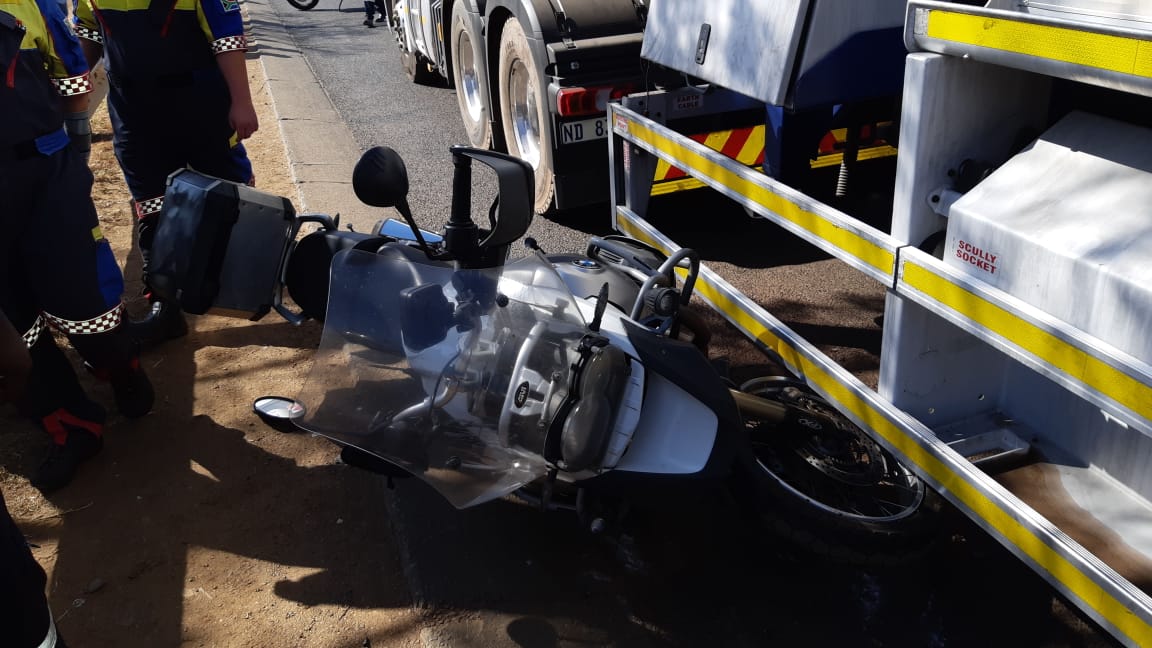 Gauteng: At 08H07 Wednesday morning Netcare 911 responded to reports of a collision on Stormvoel Road in East Lynne Pretoria.

Reports from the scene indicate that a motorcycle and a truck were involved in a collision.

Medics assessed the scene and found that the driver of the motorcycle, an adult male had sustained serious injuries and required Advanced Life Support intervention to stabilise him.

Due to the nature of the patient’s injuries the Netcare 2 specialised helicopter ambulance was activated to airlift the man to the hospital.

The truck driver had not sustained any injuries.