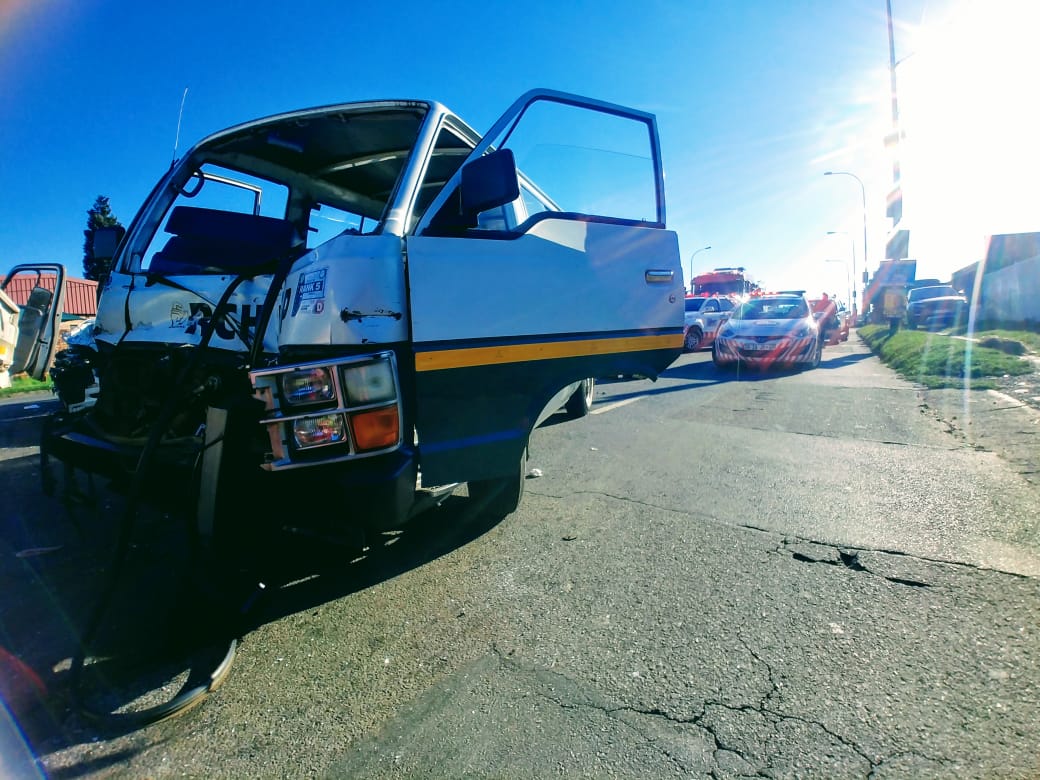 A man driving a light motor vehicle apparently swerved into oncoming traffic, collided with a 1-ton truck which ended up sideways across the lanes causing a further collision with a taxi and car this afternoon. The incident took place on the corner of Ontdekkers and Hendrik Potgieter Roads in the Florida North suburb of Roodepoort.

ER24 paramedics arrived at 15:23, finding other services on the scene. Five people were treated: a 65-year-old woman from the taxi who had suffered moderate injuries and was taken by us to a private hospital, three others from the same taxi with minor injuries who were transported to Helen Joseph and the man from the first car, believed to be in his late 50s, who was taken to a private hospital in a stable condition. It is unknown as to what caused him to swerve into the oncoming lane.

SAPS and the Fire Department were on the scene for further investigations.