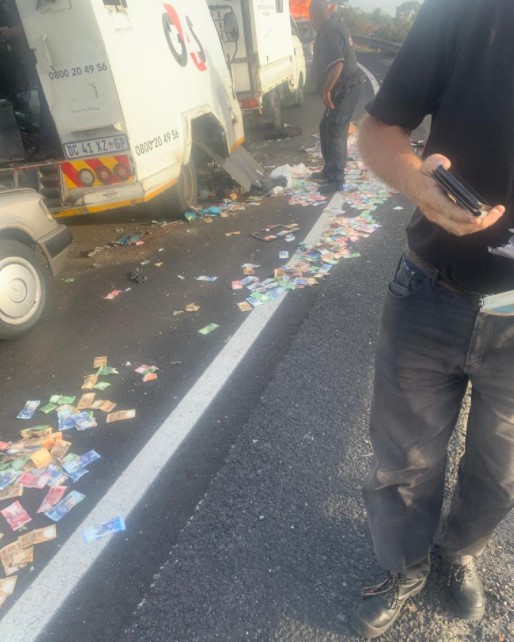 Pretoria – The police in the Western Cape have arrested four suspects following a cash in-transit heist on the N7 on-ramp along the N1 freeway near Goodwood on Tuesday evening, 18 January 2022.

It reported that a Jeep which was driving along the N7 stopped abruptly in the middle of the road, causing a light delivery vehicle to collide with the cash van. Suspects are alleged to have used explosives to blow the safe open. One vehicle is reported to have caught fire during the robbery.

Members of the Durban National Intervention Unit responded to the robbery and during the shootout one suspect sustained a gunshot wound, whilst the other injured himself during the explosion. Both the security guard and the driver of the cash van also sustained gunshot injuries during the ordeal and were taken to hospital for treatment.

A 9mm pistol with ammunition was recovered at the scene. A total of four suspects, aged between 21 and 42 years old were arrested and will appear before the Goodwood Magistrates’ Court soon on charges of cash in-transit heist, attempted murder, illegal possession of firearm and ammunition as well as possession of an explosive device.

A 72-hour activation plan has been instituted to hunt down other suspects who sneaked away from the scene with an undisclosed amount of money.

Three injured in a cash-in-transit heist on the N1 inbound by the N7 offramp in Goodwood, Western Cape https://t.co/XQhTQXgSbg #ArriveAlive #CIT @ER24EMS pic.twitter.com/ALnSFs7x1e