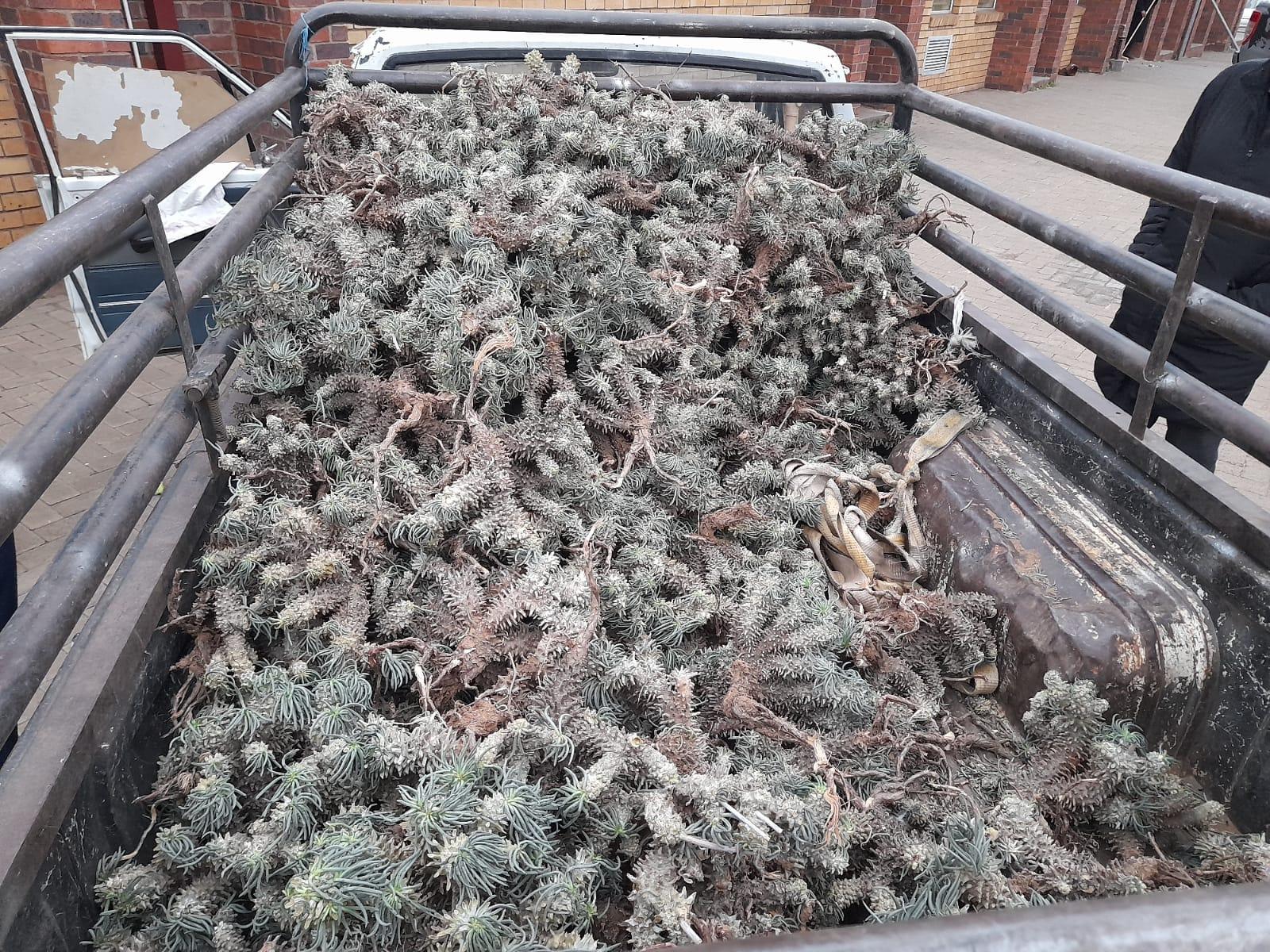 On Tuesday, 14 June 2022 at about 04:30 four men were arrested in Kuruman for being in possession of protected species (succulent plants) with the estimated value of R3, 5 million.

It is reported that after a tip-off Kuruman Stock theft unit members with the assistance of Kuruman Neighbourhood Watch and Rhino security successfully intercepted the four suspects on the N14 traveling in a bakkie and a truck.

The four were arrested for being found in possession of protected succulent plants.

The case has been handed over to the Hawks SOCI for further investigation.

The suspects will appear in the Kuruman Magistrate’s court soon.