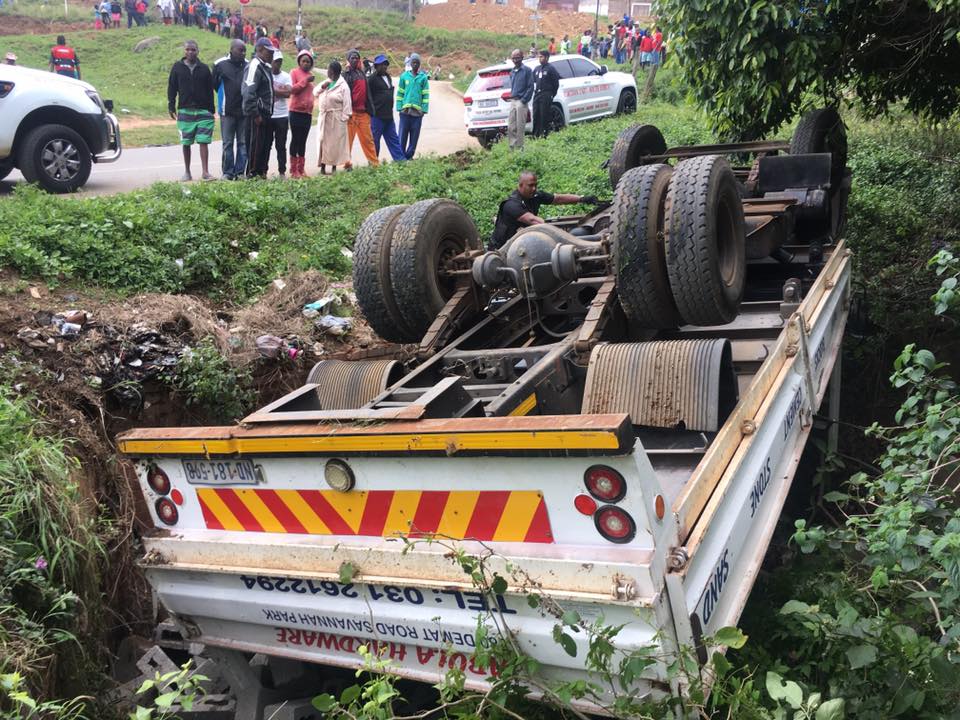 Four (4) passengers and a driver escaped serious injuries after a six ton truck laden with 400 cement blocks overturned on Neptune Drive – Riet River near Verulam a short while ago.

Paramedics from Reaction Unit South Africa were called out to the scene at approx 12:34 (Friday) after receiving several calls for assistance. Upon arrival medics found that four of the passengers who were employees of a hardware store suffered minor injuries. They were treated on scene and transported to hospital.

According to the 23 year old driver, as he approached the entrance of Zwelisha the vehicle stalled in first gear & then rolled backwards and overturned down an embankment alongside the road.

The occupants of the vehicle then manage to free themselves from the wreck.