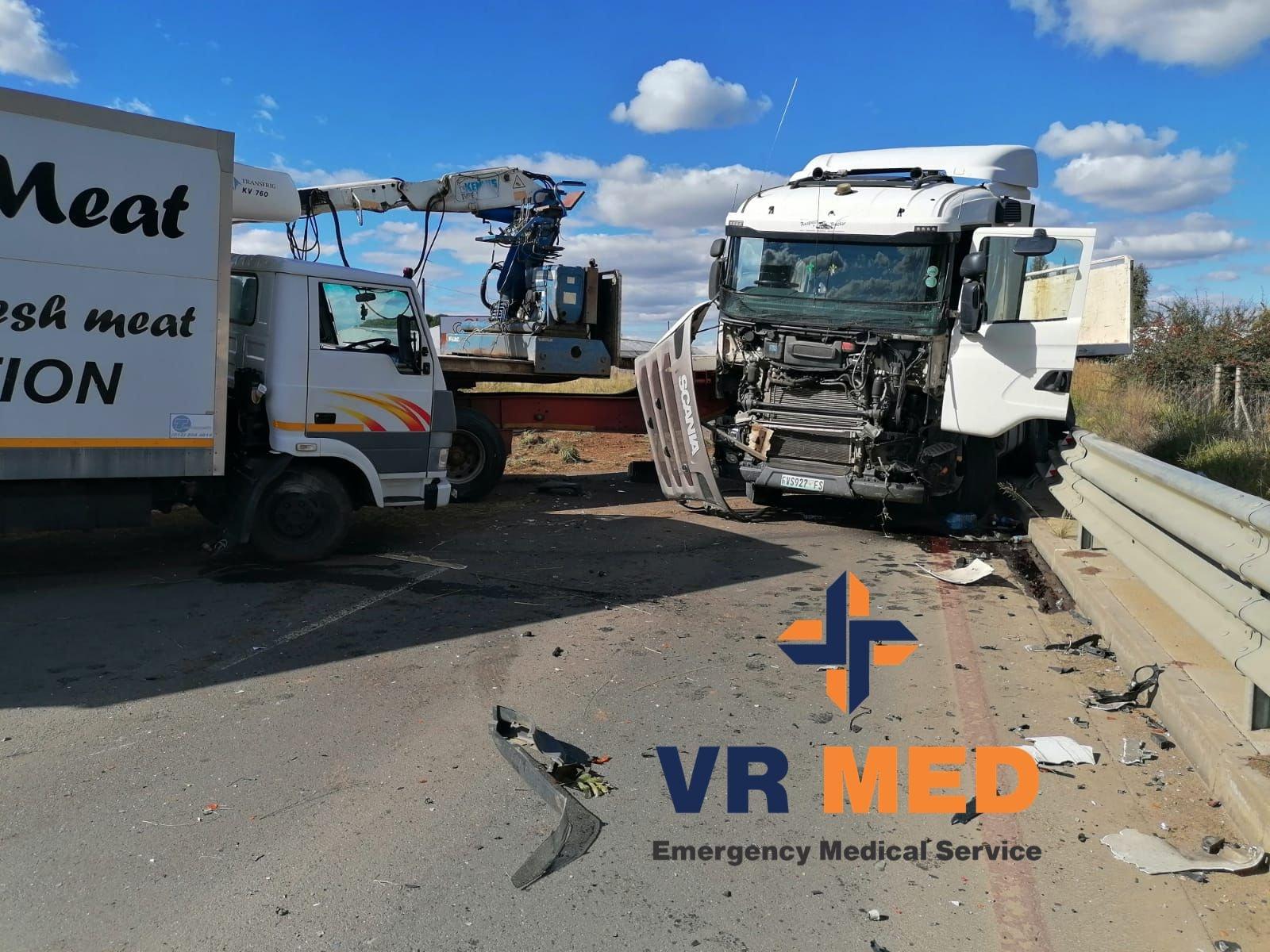 VRMED responded @ 13:50 to multiple reports of a multi-vehicle collision involving 2 trucks on the N8 close to Itau in Quaggafontein, Bloemfontein.

Medics quickly assessed the occupants and found minor to no injuries. A secondary collision occurred a couple of meters down the road after traffic was diverted. An oncoming car collided with a truck severely injuring the driver.

The driver was stabilized on the scene before being transported to Rosepark hospital for further care.