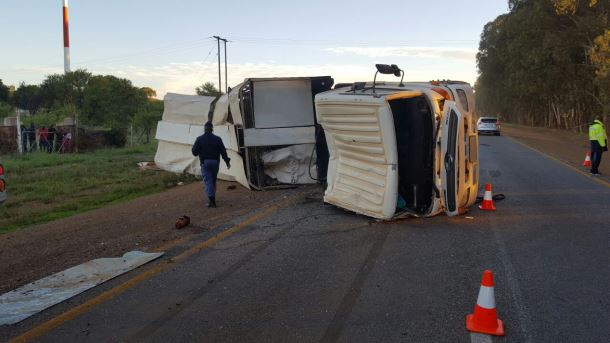 Two men were injured this morning after a truck and bakkie collided head-on on the N12 between Fochville and Potchefstroom.

ER24 paramedics arrived on the scene and found the large truck lying on its side on the side of the road while the bakkie was found a few meters away. Chickens that had been on the back of the truck were now spread across the scene.

On further assessment, paramedics discovered two men, both from the bakkie, had sustained moderate to serious injuries.

Paramedics treated both patients and thereafter transported them to Mediclinic Potchefstroom for further treatment.

The road was closed for some time due to a number of chickens across the scene.