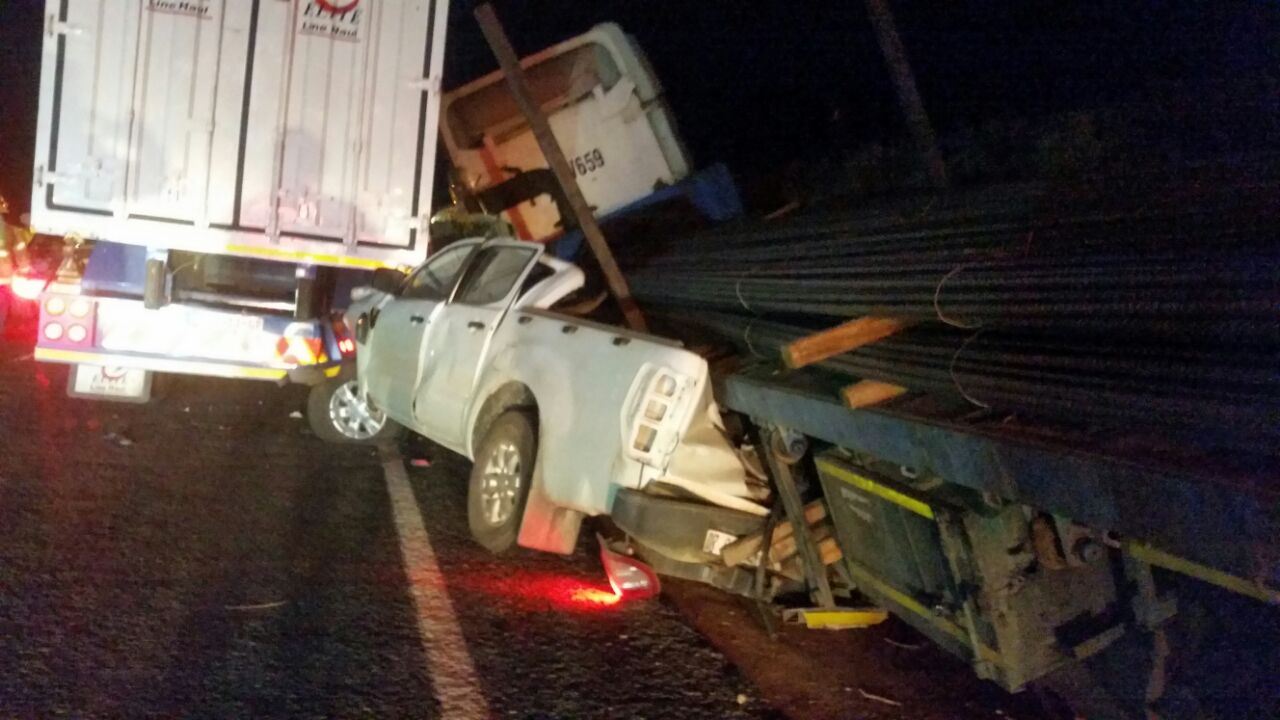 The first collision occurred around 20:30 and involved a truck and a light motor vehicle. It was a head on collision which left the driver of the light motor vehicle with critical injuries. He was entrapped under the truck for some time before ER24 paramedics extricated him to safety. He was treated and transported by ER24 to Worcester Provincial Hospital for further treatment. The driver of the truck did not sustain any injuries.

On their way back from the hospital, ER24 paramedics came across another collision – this time involving two trucks. ER24 paramedics assisted other medical and rescue services on scene. Both drivers of the trucks sustained injuries and were treated and transported to a nearby hospital for further treatment.

The final collision occurred about two kilometres from the first incident. This collision involved a taxi, a bakkie and two trucks. The vehicles were piled up when ER24 paramedics arrived on scene. One truck was on top of the bakkie. After assessment it was found that two people had sustained fatal injuries. The deceased patients were trapped underneath one of the trucks. Rescue services were dispatch to assist with their extrication.

Over and above the deceased patients, 10 other patients sustained injuries ranging from minor to serious. ER24 treated and transported two patients to Worcester Provincial Hospital for further treatment. The remaining patients were treated and transported by other services.
The cause of all three collisions are unknown, local authorities were on scene for further investigation.