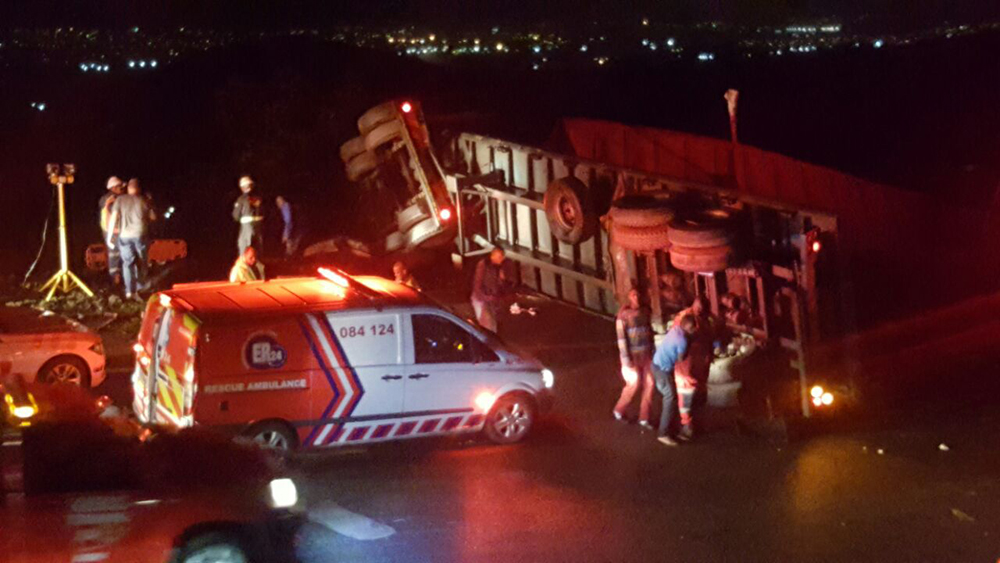 ER24 and other services attended to an incident involving a truck that overturned on the N3 at Key Ridge last night.

Upon arrival paramedics found that the front of the truck had gone down the embankment.

Upon assessment of the patients, it was found that the driver, believed to have been ejected, sustained serious injuries.

A rescue operation was conducted to extricate another patient who was trapped at the bottom of the embankment. He sustained serious injuries.

Three others sustained injuries ranging from minor to moderate.

Patients were treated and transported to hospital for further medical care. 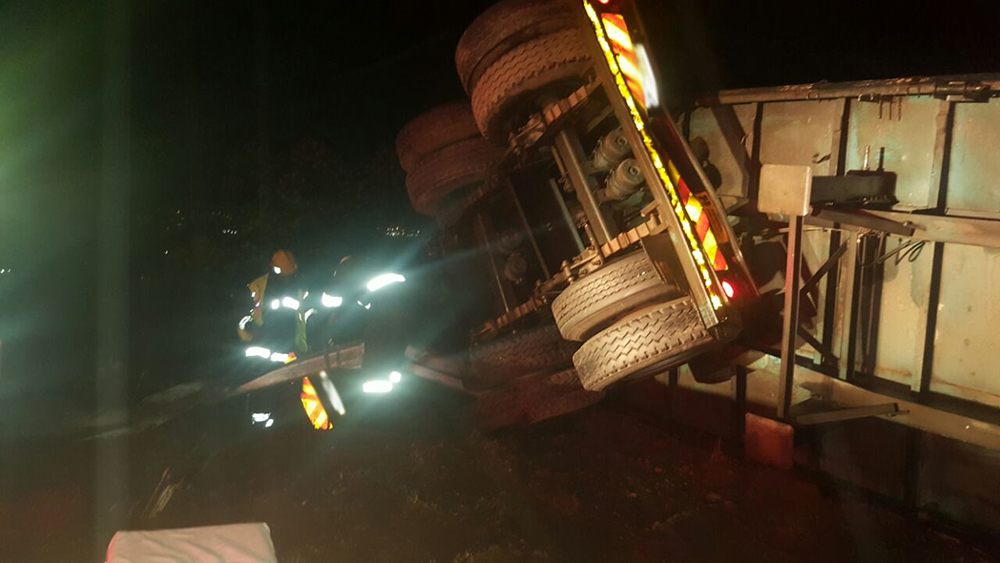