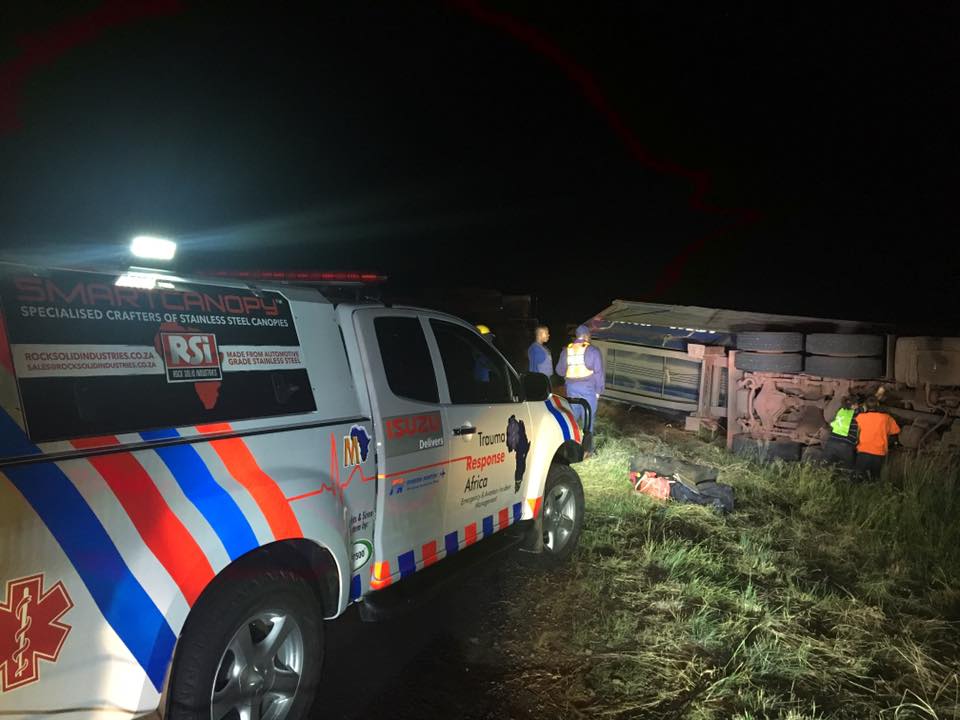 Patients were treated on scene for their injuries before they were all transported to Pelonomi Hospital in Bloemfontein for further care.

Traffic flow was disrupted for several hours as the truck blocked most of the roadway.