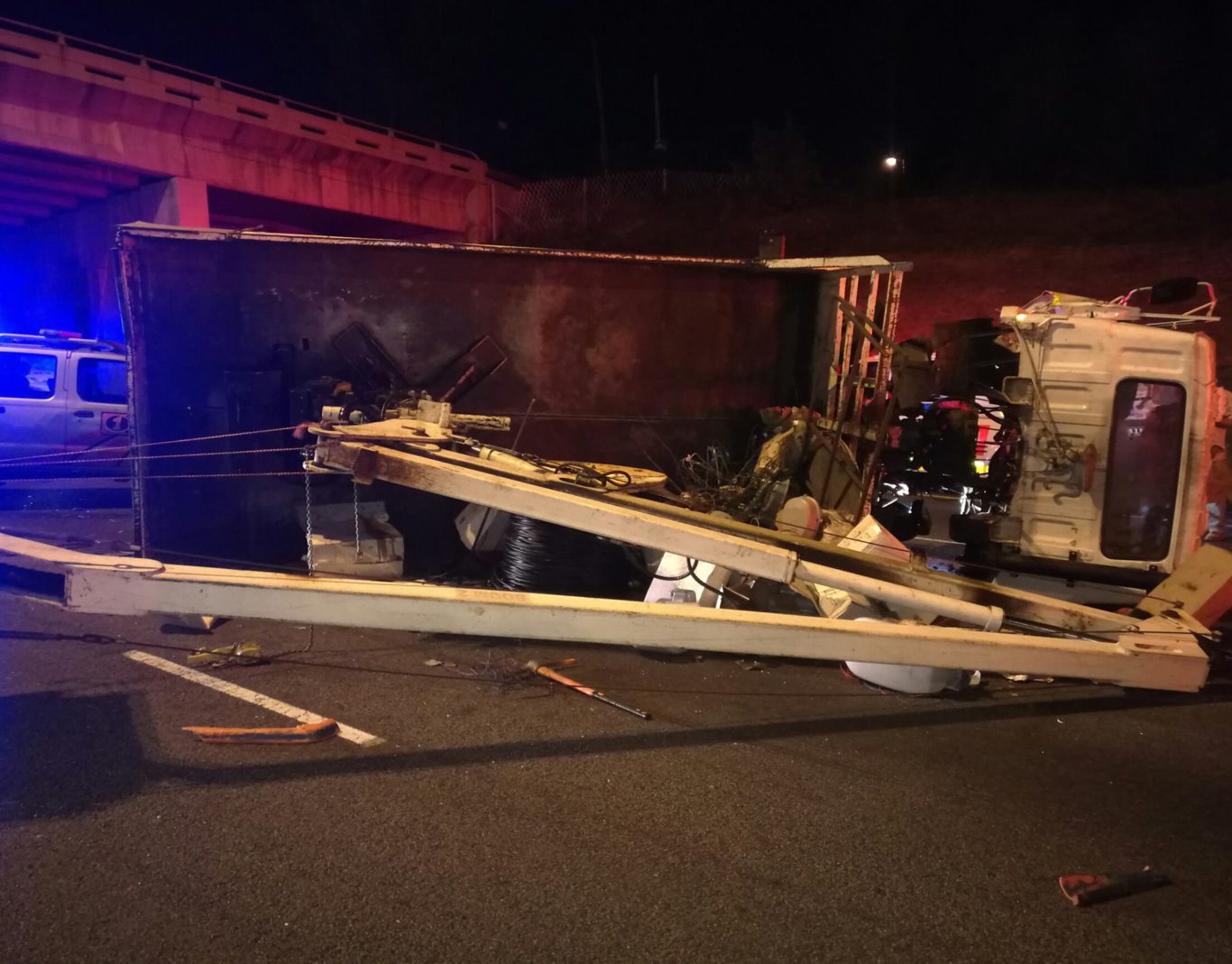 Five people have been injured this evening after a truck collided with seven other vehicles after an alleged brake failure on the N1 South just before the Rivonia offramp, in Sunninghill – north of Johannesburg.

Paramedics arrived to find that the truck had rolled during the collision, leaving the truck and other vehicles strewn across the highway – with only one lane being open to peak-hou traffic.

Medics assessed the scene to find that five people, from three seperate vehicles had been injured in the crash – all sustaining minor-to-moderate injuries, with one requiring Advanced Life Support care.

The patients were triaged and treated on the scene before they were transported to various nearby facilities for further medical care.

JMPD were on the scene to conduct a full investigation into the cause of the collision.

There are still heavy delays approaching the scene, motorists are urged to use alternative routes. 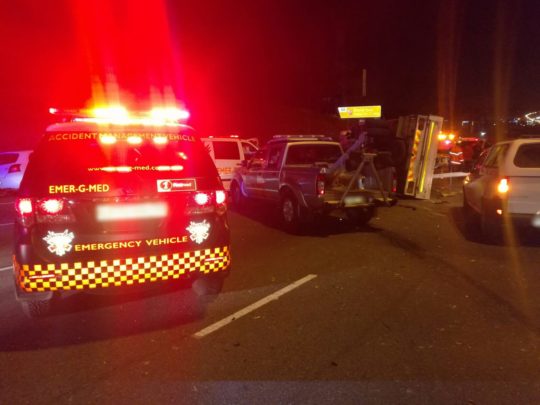 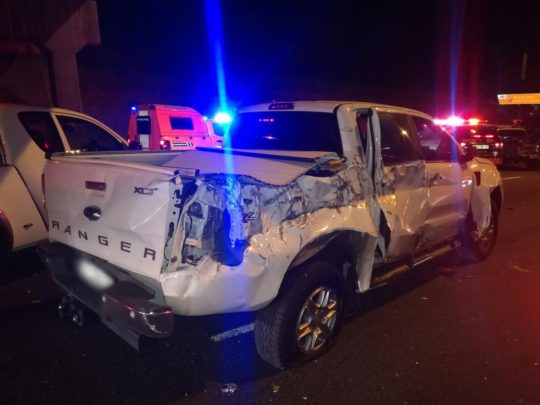 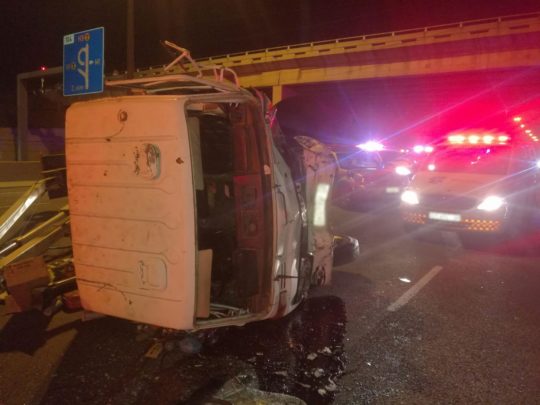 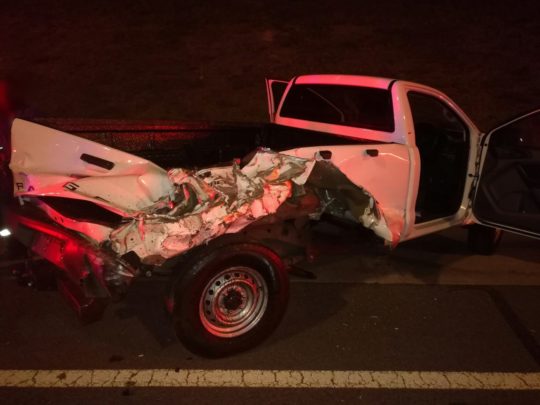