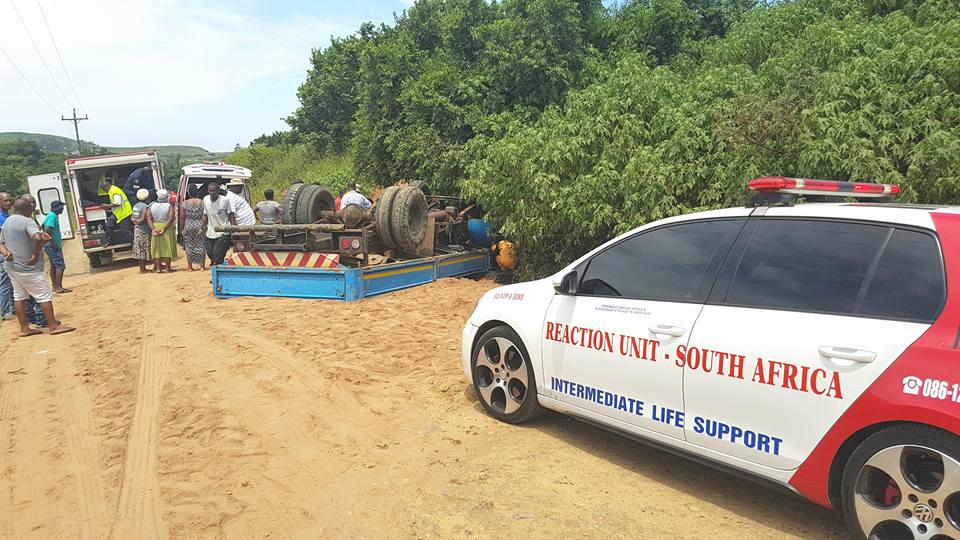 A 63-year-old man and his 38-year-old son were injured after their truck overturned on an unpaved road in Ndwedwe – KZN a short while ago.

At approximately 11:45 a member of public drove to RUSA Offices in Verulam requesting assistance for the two men. RUSA Medics were dispatched and responded to an unpaved road in Ndwedwe approximately 25 kilometres from Verulam. Upon arrival a Bedford truck was found lying on its roof.

Both father and son suffered several fractures and severe burns which was inflicted by boiling water from the radiator which burst in the accident. The two were treated on scene by medics from Reaction Unit South Africa and the Provincial Ambulance Service before being transported to Osindisweni Hospital.

It is alleged that the 8-ton truck, which was loaded with building sand was traveling down the unpaved road when the driver lost control of the vehicle. The truck then overturned trapping the two inside.

Residents from the area went to their aid and freed both men from the vehicle.