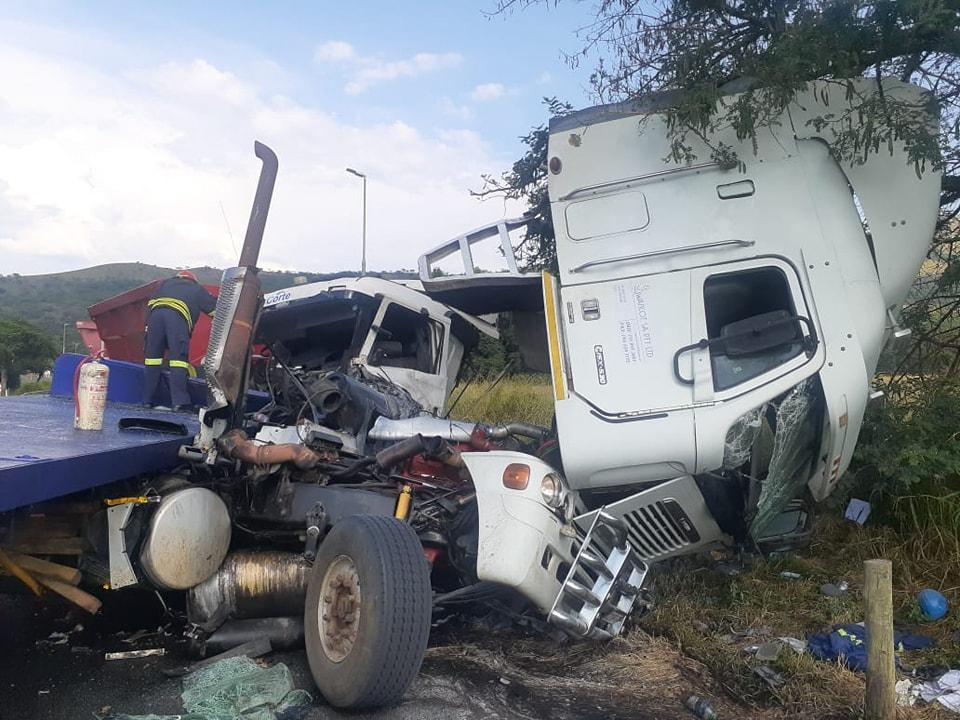 Reports from the scene are that two trucks collided head-on. Closer inspection found one of the drivers of the vehicles to have sustained fatal injuries and he was declared dead on arrival of paramedics.