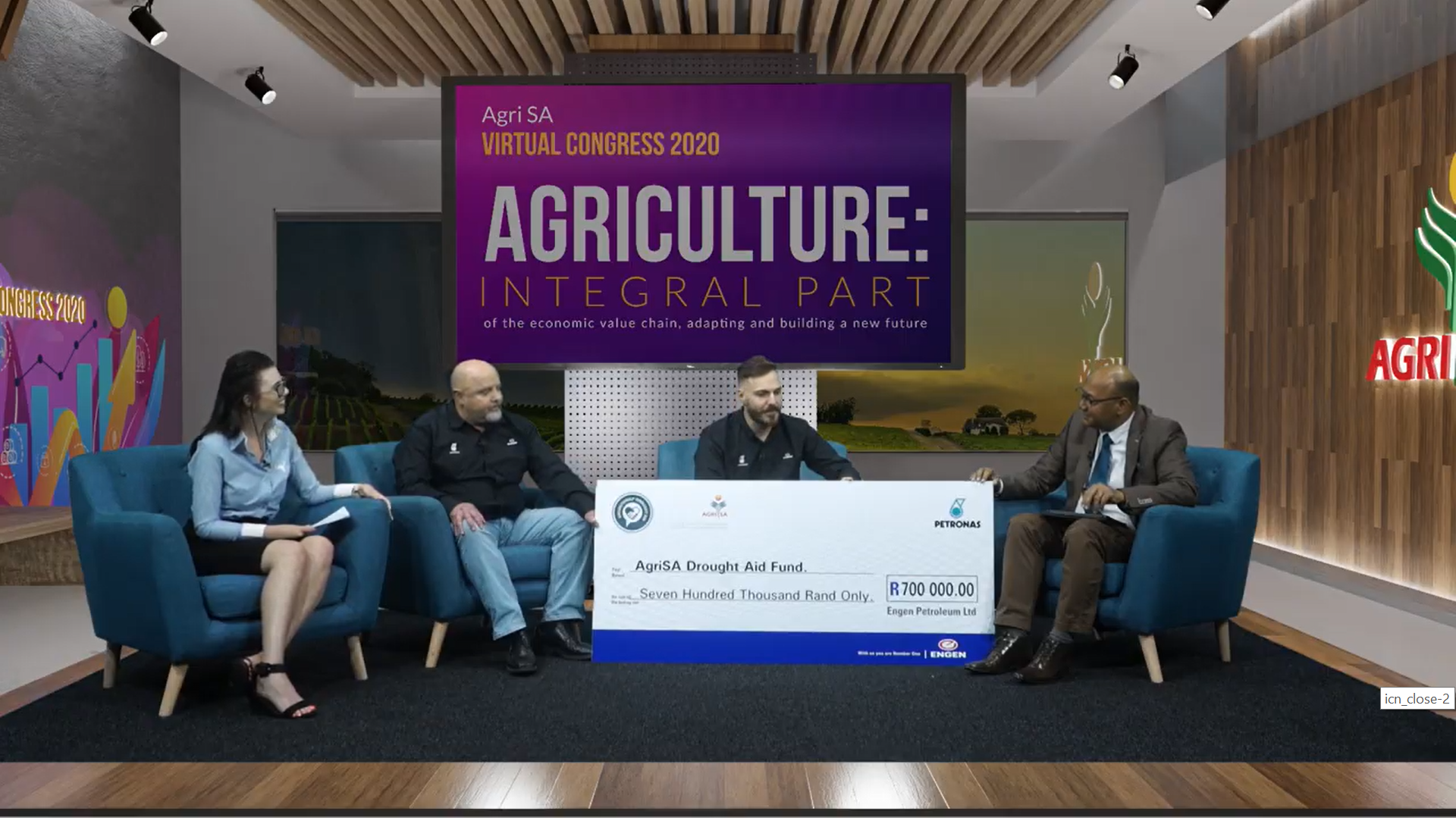 In response to severe drought across vast tracts of South Africa and the associated hardships experienced by many farmers, Engen partnered with AgriSA earlier this year to help support the agricultural sector by driving contributions to their Drought Aid Fund.

Over a six-month period, Engen contributed R1 to the Fund for every liter of participating Engen lubricant sold nationwide, raising R700 000 from April to September.

AgriSA’s Drought Aid Fund is aimed at ensuring that farms remain in production and that jobs and food security are protected.

The official handover of the money occurred in Menlyn in Pretoria on 8 October.

Khalid Latiff, Engen’s General Manager: Lubricants says that Engen is proud to play a part in an initiative that helps alleviate the adversity of thousands of farmers and farm workers given the company’s close ties to the agricultural sector.

“As a leading supplier of high-quality fuels and lubricants to the agricultural sector in South Africa, we have witnessed first-hand the impact that the ongoing drought has had on farming communities. We sincerely hope that our partnership with AgriSA will help ensure the sustainability of this crucial sector.”

Andrea Campher, Disaster Risk Manager of AgriSA, thanked Engen for their support as drought is still prevalent in many provinces.

“The contribution of Engen will go a long way to assist farmers, farmworkers and farming communities who are still suffering from this long-lasting drought. We will work closely with our provincial affiliates to ensure the aid reaches those who need it the most,” says Campher.

“A big word of thanks is extended to our valued customers who purchased Dieselube 700 Super, Agritrac Super Universal and Agrifluid Transmission lubricants from participating co-ops as they helped contribute to the Drought Aid Fund, which will go a long way in supporting and sustaining the agricultural sector,” says Latiff.

Engen supplies a range of high-performance fuels and lubricants to farmers specifically suited to harsh South African conditions. These products have been tested and endorsed by most manufacturers of modern agricultural equipment operating in the region.

Adds Latiff: “With more than a century of experience lubricating and protecting agricultural equipment in this severe operating environment, our hard-working products have been developed to provide the best protection for farming equipment in order to increase productivity and reduce costs.

“While it is difficult to control the external factors that lead to engine degradation, it is crucial to have certainty over what goes into your engine’s internal. Our quality lubricants combat soot, sludge and engine wear, providing exceptional piston cleanliness and optimal viscosity. So, you can feel confident of your machinery’s optimal performance, down to the last drop.”