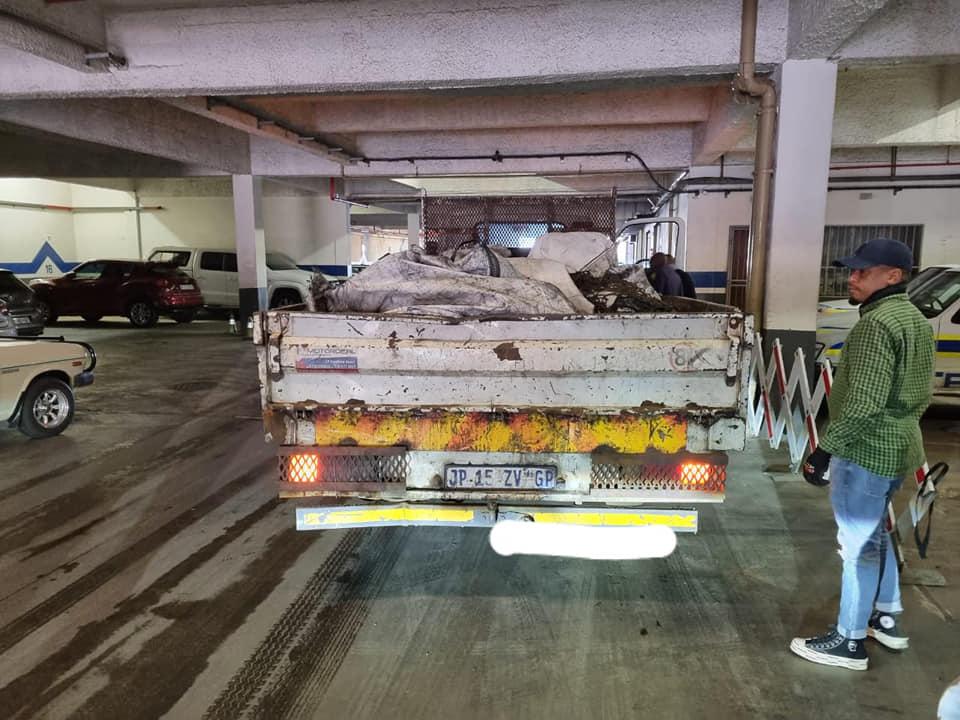 On Thursday 21 April 2022 officers received information about a truck transporting stolen copper cables in Jeppestown.
Officers were dispatched to the given location. They tactically approached and stopped the truck and escort vehicle at Commissioner and John Paige Street in Jeppestown. The vehicles were searched and eight male suspects were found in possession of the stolen copper cables with an estimated value of about R1 million. The suspects were immediately apprehended and taken to Jeppe Police Station for verification.

Members of City Power were called, and they identified the cables as belonging to Telkom. The suspects were placed under arrest for possession of the stolen property and they were detained at Jeppe Police Station.
The vehicle used in the commission of the crime was seized and booked in at the SAPS Aeroton pound.