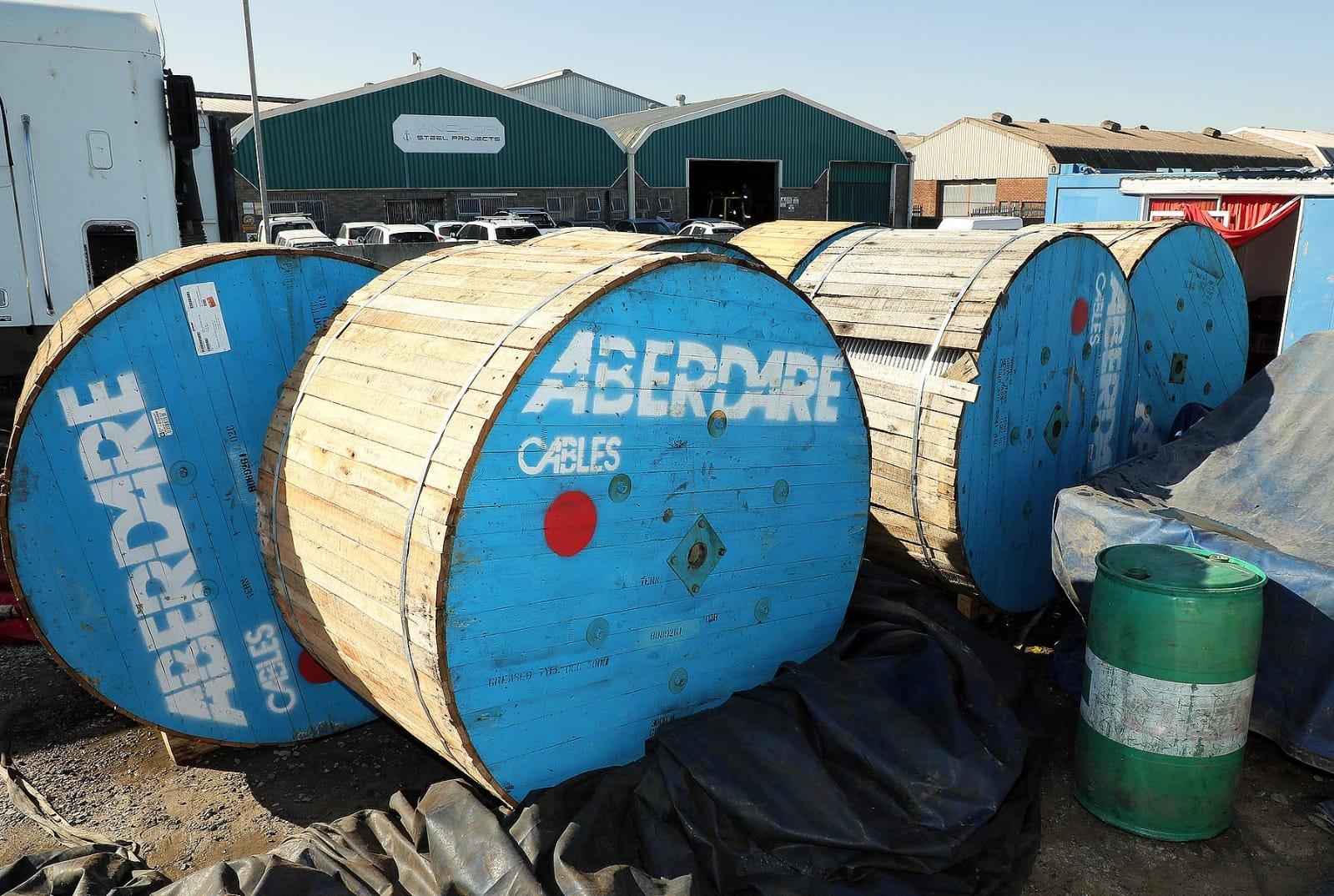 A joint operation by Crime Intelligence, K9 Unit and Flying Squad has lead to the recovery of Eskom cables worth an estimated street value of R2.5 million and the arrest of eight suspects.

On 29 May 2022, a case of hijacking was registered at Moorreesburg SAPS after a truck transporting Eskom Aluminium overhead cables was hijacked in Piketberg. Following an intense investigation and surveillance, the suspects were identified in Cape Town, which led to the identification of the storage place in Trafford Street, Blackheath.

Today, the premises were searched and six rolls of aluminium cables were seized. A total of eight suspects aged between 29 and 49 were arrested for the possession of stolen goods, contravention of the Second Hand Goods Act and Contravening Infrastructure Criminal Amendment Act.

The suspects will appear in the Blue Downs Magistrate’s court on Wednesday 29 June 2022 on the mentioned charges.