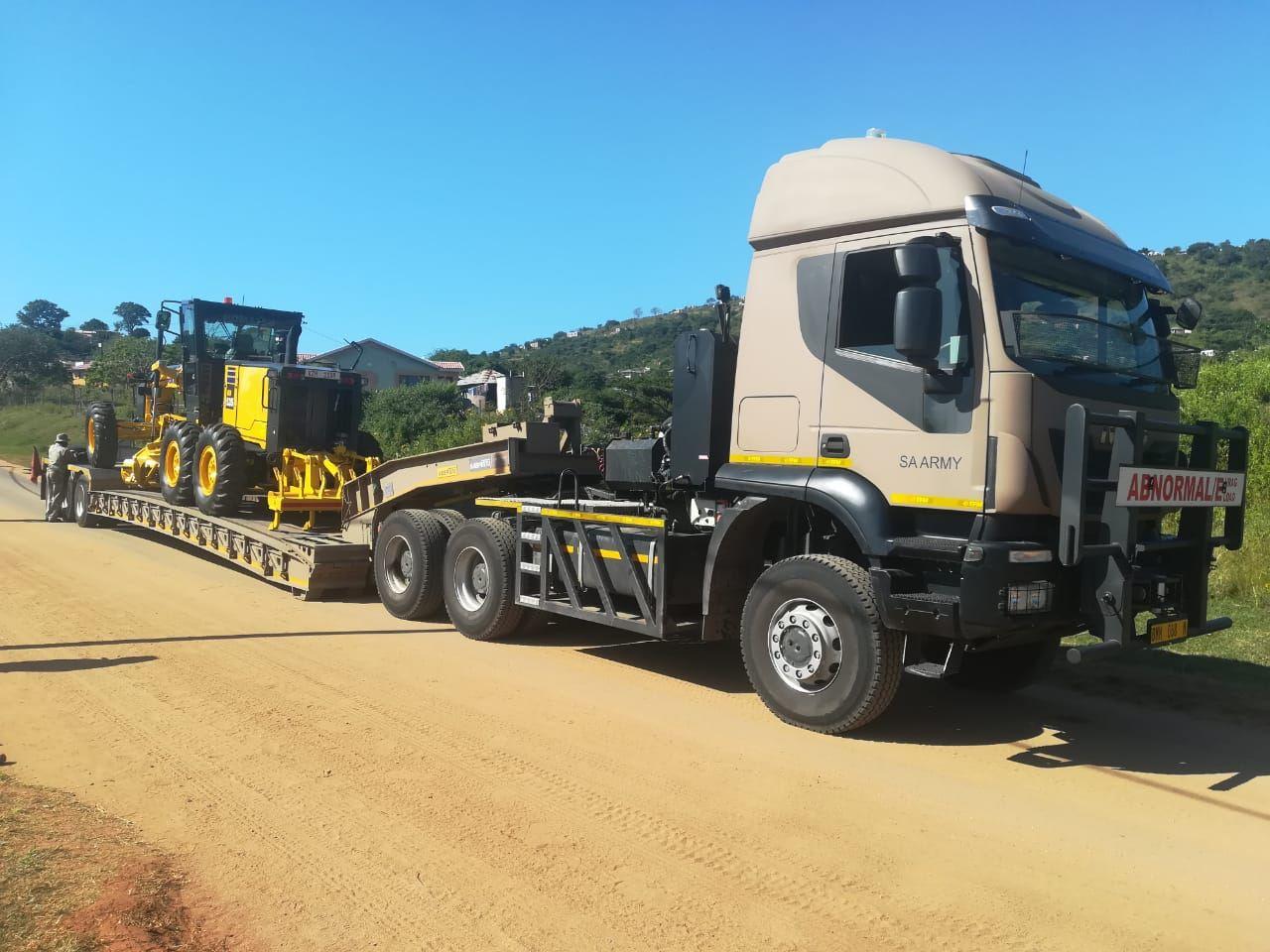 Construction Machine Vehicles and other engineering equipment are generally heavy thus requiring specialised transportation to be carried from one operational area to the other in the mission area.

The Abnormal B vehicles referred to as the Low-Bed trucks are able to carry the Manitou, Graders, Excavators, Rollers, Dozers and Tractor Loader Backhoe (TLB) machinery which are loaded by highly experienced soldiers.

The men in uniform behind the steering wheels hold Abnormal B military licenses which in civilians is called Code 14 driver’s license. These licenses allow them to drive vehicles over 16 000 kg, with a trailer over 750 kg on any South African road. The members are well trained, focused and have endurance. The Low-Bed trucks are escorted by Military Police when traveling on the road.

The Abnormal Vehicle drivers in the operation are Corporals William Lawerlot and Johannes Mabatane Mashabela. They execute their driving capabilities excellently and with caution. To them safety is the main priority, respecting the speed limits, knowing the road signs and being able to analyse the terrain they operate on.

The drivers are able to drive the vehicle with tons up to 30 and beyond.

With their skill they managed to deliver the right equipment and correct Construction Machines to Sappers who are assisting with damaged road works, compiling of stones, bridge rehabilitation and clearing of the roads here in KwaZulu-Natal for disaster relief operations.

The members are deployed under the Command of the Engineer Squadron Commander Major Madimetsa Lucas Masenya.