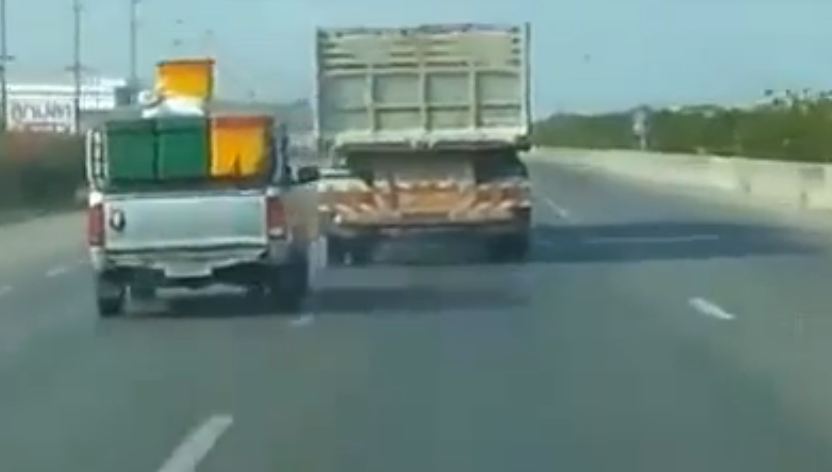 When surveys ask drivers what angers them most, the results are remarkably consistent. A few specific behaviors seem unusually likely to enrage
other drivers. You can protect yourself by avoiding them:

When you merge, make sure you have plenty of room. Use your turn signal to show your intentions before making a move. If you make a mistake and accidentally cut someone off, try to apologize to the other driver with an appropriate gesture. If someone cuts you off, slow down and give them room to merge into your lane.

If you are in the overtaking lane and someone wants to pass, move over and let them by. You may be “in the right” because you are traveling at the speed limit — but you may also be putting yourself in danger by making drivers behind you angry. It’s simple courtesy to move over and let other drivers by.

Drivers get angry when they are followed too closely. Allow at least a two-second space between your car and the car ahead. [When you see the car pass a fixed point, you should be able to count at least “one-thousand, two-thousand” before you pass that point.]

If you think another car is driving too slowly and you are unable to pass, pull back and allow more space, not less. That way if the car does something unexpected you will have time to get out of the way. You should be able to see the headlights of the car behind you in your rear-view mirror. If you feel you are being followed too closely, signal and pull over to allow the other driver to go by.

Almost nothing makes another driver angrier than an obscene gesture. Keep your hands on the wheel. Avoid making any gestures that might anger another driver, even “harmless” expressions of irritation like shaking your head.

Be a cautious and courteous driver.

Signal every time you merge or change lanes, and whenever you turn.

Use your horn rarely, if ever.

If you and another driver see a parking space at the same time, let that person have it. And if another driver seems eager to get in front of you, say “Be my guest.” When you respond this way, after a while “be my guest” becomes your automatic response and you won’t be as offended by other drivers’ rudeness.

One angry driver can’t start a fight unless another driver is willing to join in. You can protect yourself against aggressive drivers by refusing to become angry at them. Orator Robert Ingersoll said, “Anger blows out the lamp of the mind.” When angry, a person can do things they may later regret.

If you’re tempted to retaliate against another driver, think: “Would I want to fly in an airplane whose pilot was acting like this?”

Think about what kind of a crash your angry actions could cause. Then cool down and continue your trip.

Give angry drivers lots of room. A driver you may have offended can “snap” and become truly dangerous. If the other driver tries to pick a fight, put as much distance as possible between your vehicle and the other car, and then get away as quickly as possible.

Do not under any circumstances pull off to the side of the road and try to settle things “man to man.”

If another driver is acting angry with you, don’t make eye contact. Looking or staring at another driver can turn an impersonal encounter between two vehicles into a personal duel. And once things get personal, the situation can get out of hand fast.

If you believe the other driver is following you or is trying to start a fight, get help. If you have a cell phone, use it to call the police. Otherwise, drive to a place where there are people around, such as a police station, convenience store, shopping center, or even a hospital. Use your horn to get someone’s attention.

This will usually discourage an aggressor. Do not get out of your car. Do not go home.

How can you avoid being the victim of an aggressive driver? Here are three basic guiding principles that can help:
Adjust your attitude

The most important actions you can take to avoid aggressive driving take place inside your head. By changing your approach to driving, you can make every trip more pleasant.

Try these ideas for a pleasant change:

Forget winning. For too many motorists, driving becomes a contest.

Do you allow the shortest possible time for a trip andcthen race the clock? If something happens to slow you down do you get angry? The solution:

Allow more time for your trip. You’ll be amazed at how much more relaxed you feel when you have a few extra minutes. So instead of trying to “make good time,” try to “make time good.”

Listen to soothing music or a book on tape. Practice relaxation techniques, such as deep breathing. You’ll arrive much calmer, fresher, and in a less stressed-out frame of mind.

Put yourself in the other driver’s shoes. Instead of judging the other driver, try to imagine why he or she is driving that way. Someone speeding and
constantly changing lanes may be a volunteer fireman, or a physician rushing to a hospital. Someone who jerks from one lane to another may have a bee in the car or a crying baby. Whatever their reason, it has nothing to do with you. Stay cool and don’t take other drivers’ actions personally.

If you think you have a problem, ask for help.

Courses in anger management have been shown to reduce heart attacks. These same techniques can also help angry drivers. Drivers who successfully “reinvent” their approach to the road report dramatic changes in attitude and behavior. Look for anger management courses in your area.

Self-help books on stress reduction and anger management can also be helpful.

What is Road Rage and Aggressive Driving?