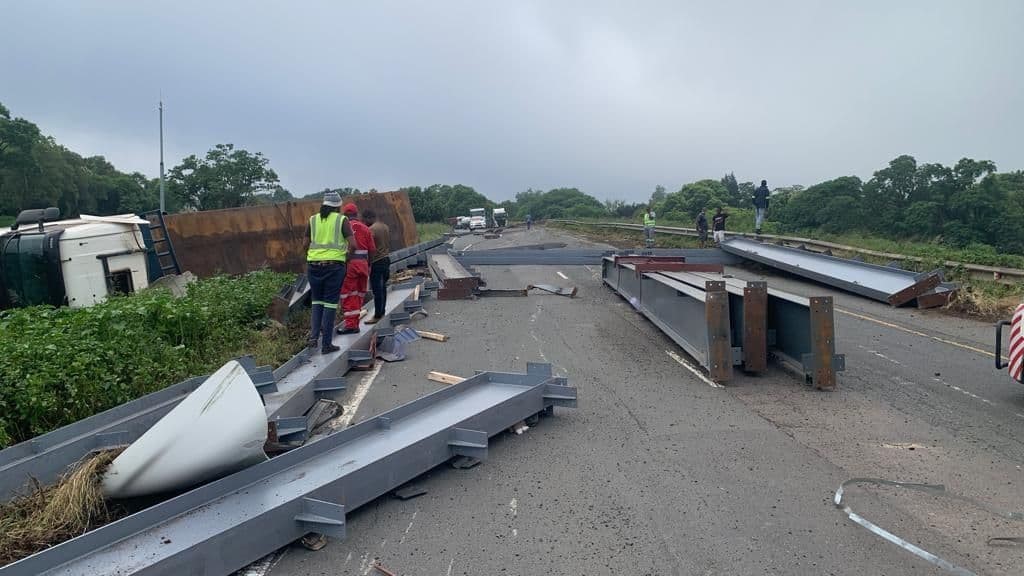 Netcare 911 responded to a collision on the N3 Northbound between Market Road and New England Road in Pietermaritzburg.

Reports indicate that the truck driver lost control after hitting an overhead bridge.

On scene were the RTI and SAPS Accident Unit.

When medics arrived on the scene they found a truck lying on its side, with steel beams strewn across the road.

The driver, also the only occupant on board, was assessed and found to have sustained minor injuries.

The patient however declined ambulance transportation to the hospital.