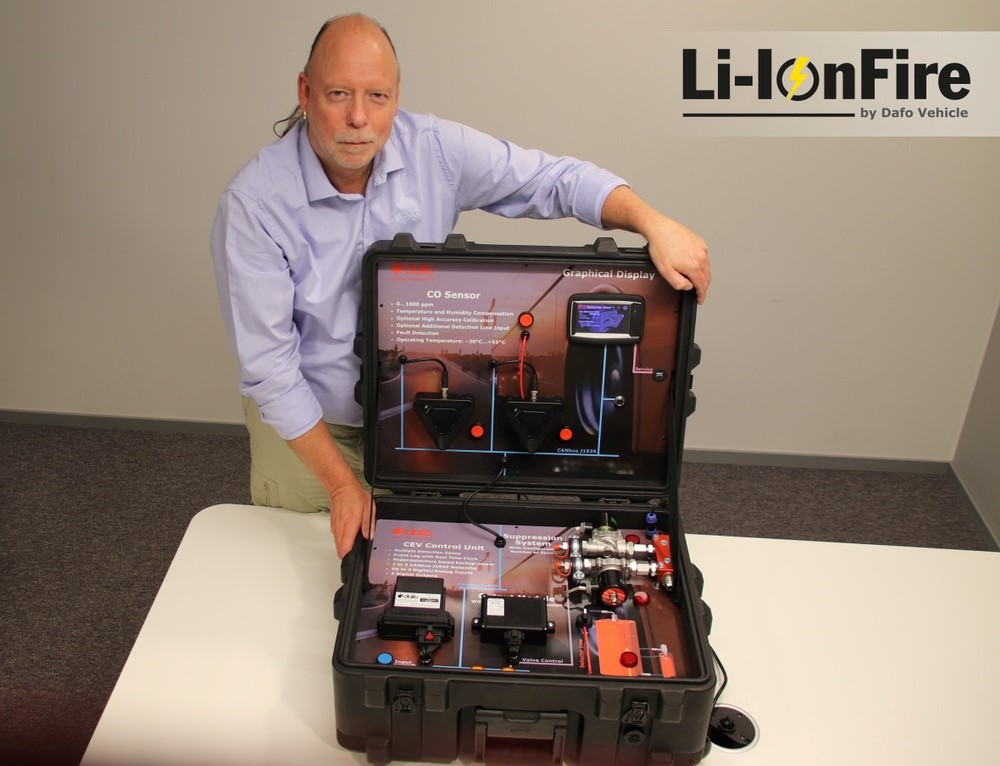 As there is a global transition to renewable fuels, there is an increasing demand for electric or hybrid vehicles (EV and HEV). However, knowledge is limited about the new fire risks associated with vehicles having these new energy carriers. Consequences connected to risks of Li-ion batteries, in case of a malfunction, can be serious, for example, they can result in toxic gas emissions or explosion.

In collaboration with the coordinator, Dafo Vehicle Fire Protection, an EU initiative has built a fire protection system that addresses and mitigates these risks effectively and safely.

Fire suppression systems for vehicles have been on the market for decades, and are widely used and regulated across a wide variety of industries. However, these systems are tested to be effective on vehicles with combustion engines, and all test standards are designed with this in mind.

The growth of the electric and hybrid electric vehicle industry has accelerated the demand for new fire suppression technologies.

“When the commonly used Li-ion batteries fail through short circuiting, overcharging, high temperatures, mechanical damage and overheating, this might cause thermal runaway and the release of a flammable electrolyte, which makes fire extinguishing very difficult. In addition to the dramatic fire scenario with the rapid increase in heat, there are a lot of potentially toxic gases being emitted”.

A comprehensive solution for fire mitigation

The partners studied the various fire risks related to battery spaces, including specific risks when charging, and procedures for handling electric vehicles and batteries after a crash. They also investigated to what extent fixed and integrated fire suppression systems, which are widely used to protect engine compartments on heavy vehicles, can be applied to vehicles powered by Li-ion batteries, and how they should be designed.

Through extensive testing, the Li-IonFire team better understood how a breakdown occurs within the battery and how it can be detected.

“If a system is activated at this early stage, the battery can be ‘brought back’ to a safe state, without the fire developing further,” explains Gulliksson.

“The tests have also shown that even with a late deployment of the fire suppression system, there’s a possibility of delaying the battery reaching a critical state, meaning that the chance of safe evacuation is very high.”

With proper detection and system activation, the hazardous scenario can be reversed and potentially even stopped entirely. An integrated solution for early fire detection, system cooling and fire suppression

The system was officially unveiled in 2019, and has generated tremendous interest from both end-users and vehicle manufacturers.

“Li-IonFire delivers to the market a product that didn’t exist until now: a system that can offer real protection against battery fires, using a new suppression agent, Forrex EV™, which is specifically developed for these applications,” concludes Gulliksson.

“Li-IonFire will significantly boost the safety of operators and the protection of valuable assets.”

Li-IonFire will be available September 1st, 2020.