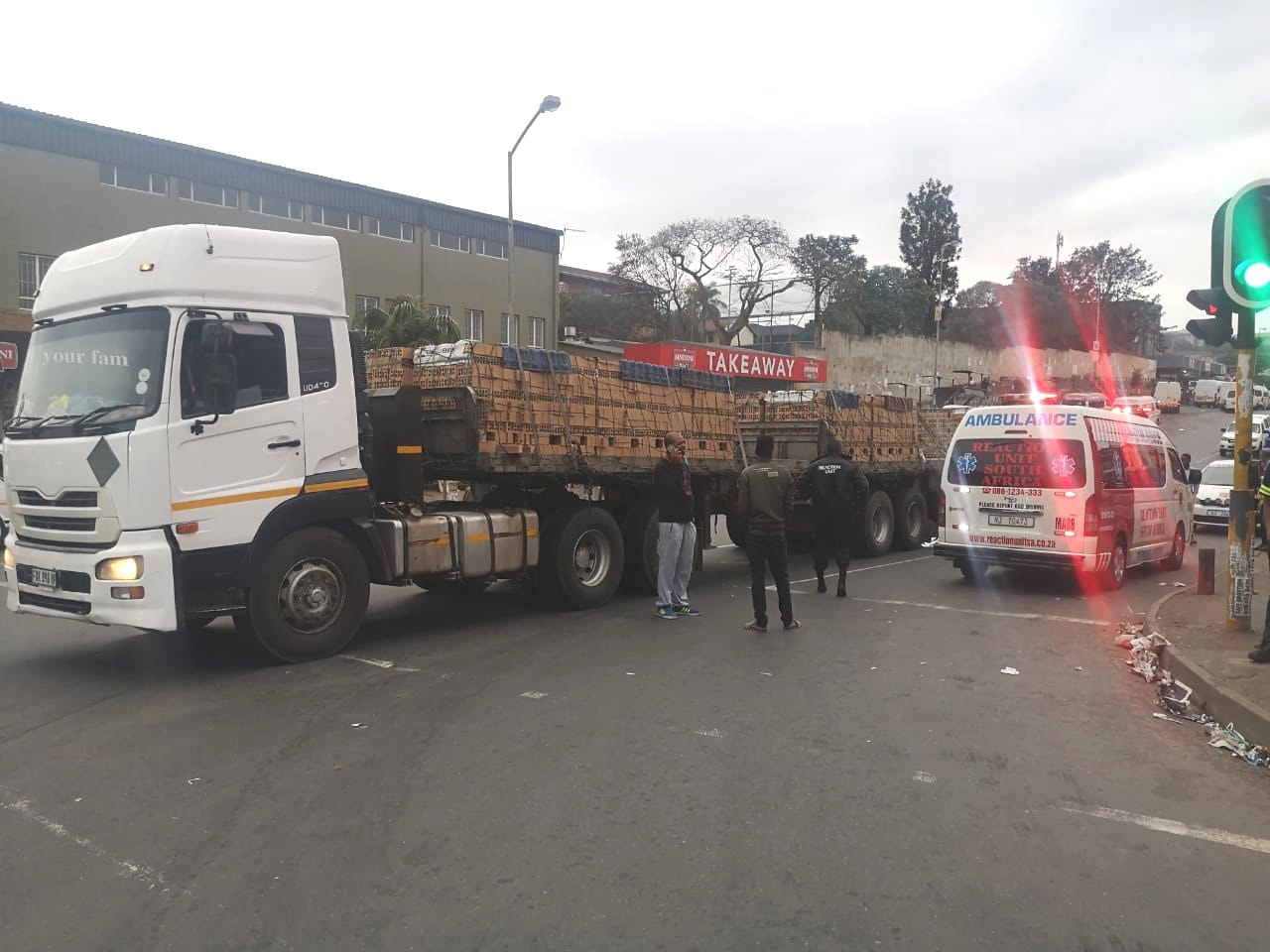 A man in his twenties was killed after he was run over by a truck on Ireland Street in the Verulam CBD this morning (Saturday).

At approximately 05:55 members of Reaction Unit South Africa were called out to the scene by bystanders who witnessed the accident. Upon arrival the pedestrian was found crushed under the rear wheels of the trailer. He had sustained life-threatening injuries and died on scene.

According to witnesses the UD truck and trailer which was loaded with bricks was stationary at the intersection when the pedestrian attempted to cross the road. The deceased for some reason decided to crawl under the trailer in an attempt to reach the opposite side of the road when the driver took off and drove over him. 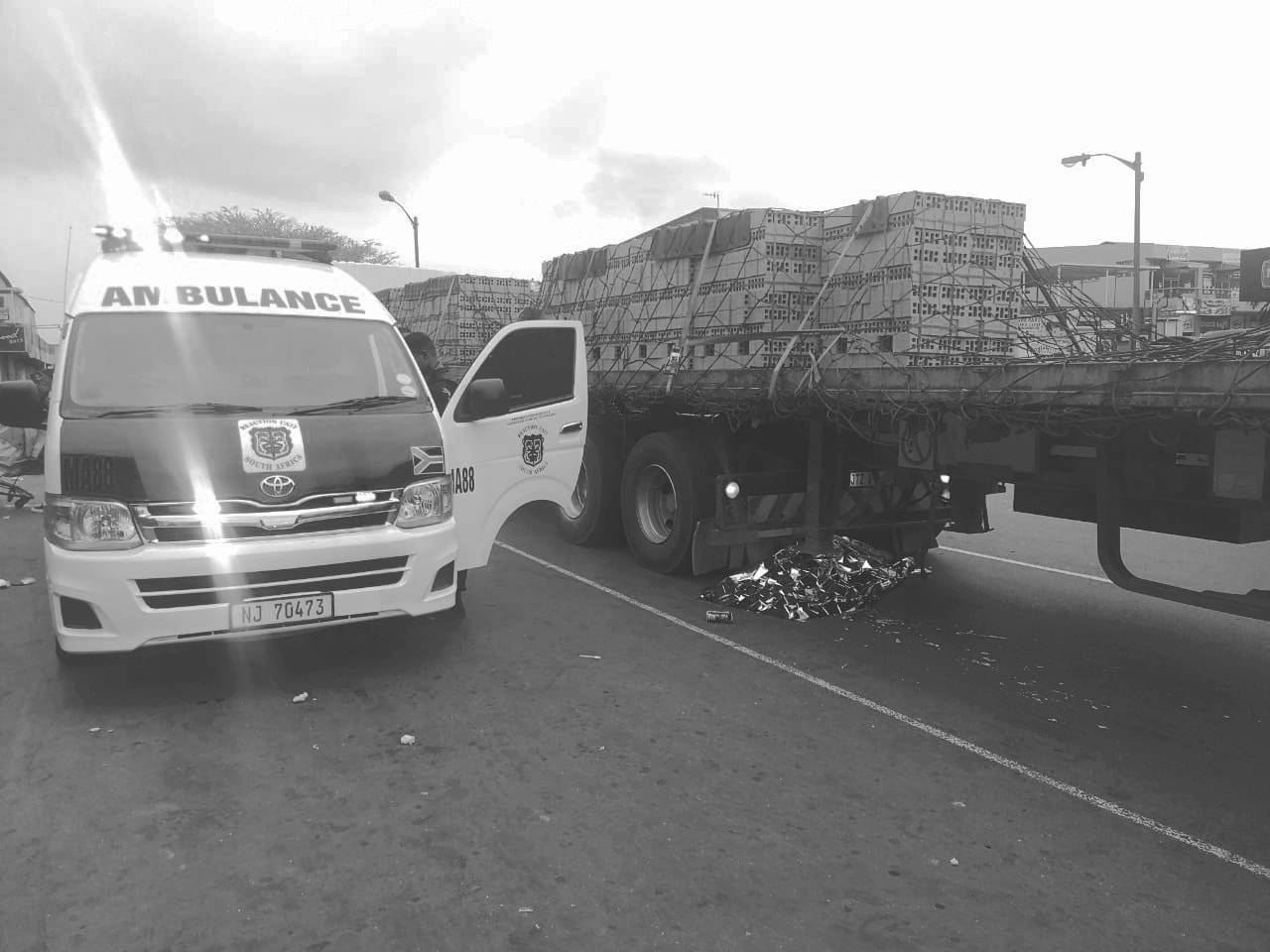