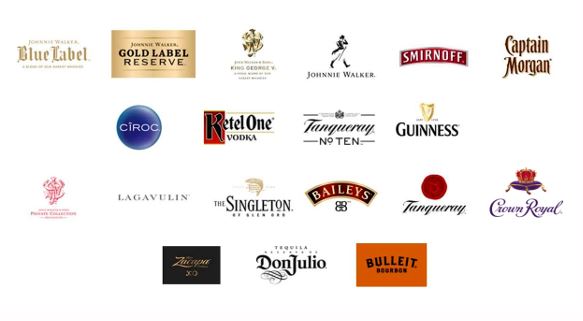 Since appointing Imperial Logistics as its third-party logistics (3PL) service provider, leading global spirits producer Diageo has achieved a substantial reduction in out of stocks.

Imperial won the national contract for Diageo South Africa’s 3PL logistics services on tender. The company’s unmatched reputation for being cost effective, efficient and going the extra mile for its clients contributed to the contract win, says Imperial Logistics chief strategy officer Cobus Rossouw. He stresses that collaboration has been the key to the success of this partnership. “Out of stocks have been reduced by collaboratively identifying concerns, effective reporting, visibility and daily communication between the teams.”

Imperial has also turned around Diageo’s KPIs (key performance indicators). “KPIs in this unrivalled partnership are not only addressed monthly, weekly, or even just daily. Our team meets three times a day to discuss KPIs, and ensure that these are constantly prioritised and reported on,” Rossouw says. Imperial reports on a testing 38 KPIs daily for Diageo, and there are an additional 64 KPIs on the contract.

Imperial’s collaborative approach was evident at the outset, in the regular project meetings that formed part of this contract’s initiation processes. Standard operating procedures were revisited and redefined, and detailed cutover plans were followed. Working closely together, Imperial and Diageo ensured that best practices were in place for all of Diageo’s logistics activities. Imperial assisted with technology and administration integration, and had a dedicated team on standby for Diageo 24/7, to ensure that nothing was left to chance.

The continuous improvement initiatives that have been implemented and are currently being rolled out by Imperial include retail centralisation for Diageo, which will entail consolidating stores to their distribution centre for replenishment needs. A minimum order value initiative that has been put in place is delivering the benefit of a reduction in the number of drops, which translates into cost and time savings, Rossouw reveals.

A pilot project in which Imperial is delivering direct to home depots, thereby by-passing the Elandsfontein warehouse, is underway, and he explains that by replenishing stockholding home depots directly from the factory, Imperial is reducing storage, transport, handling and security costs for Diageo.

“Imperial has also proved that it has the ability, flexibility, scale and reach to successfully manage Diageo’s peak trading periods (and volumes), which are notoriously testing in the alcoholic beverages sector,” Rossouw states. “The peak period of October, November and December accounts for approximately 38% of Diageo’s annual volumes. Imperial supported direct deliveries for larger volume orders to Diageo’s customers, which freed up resources across the supply chain. This ensured that despite heightened activity we still delivered against the demand.”

Reflecting the truly collaborative nature of this partnership is the contract’s gain share model, which provides a potential benefit to both parties based on the net cost savings that can be achieved on transport and warehouse costs. “This encourages both parties to strive for continuous improvement, and to ensure that the best solution is implemented. We are proud to have proved why Imperial is a leading FMCG logistics provider, and look forward to our partnership with Diageo going from strength to strength,” Rossouw concludes.