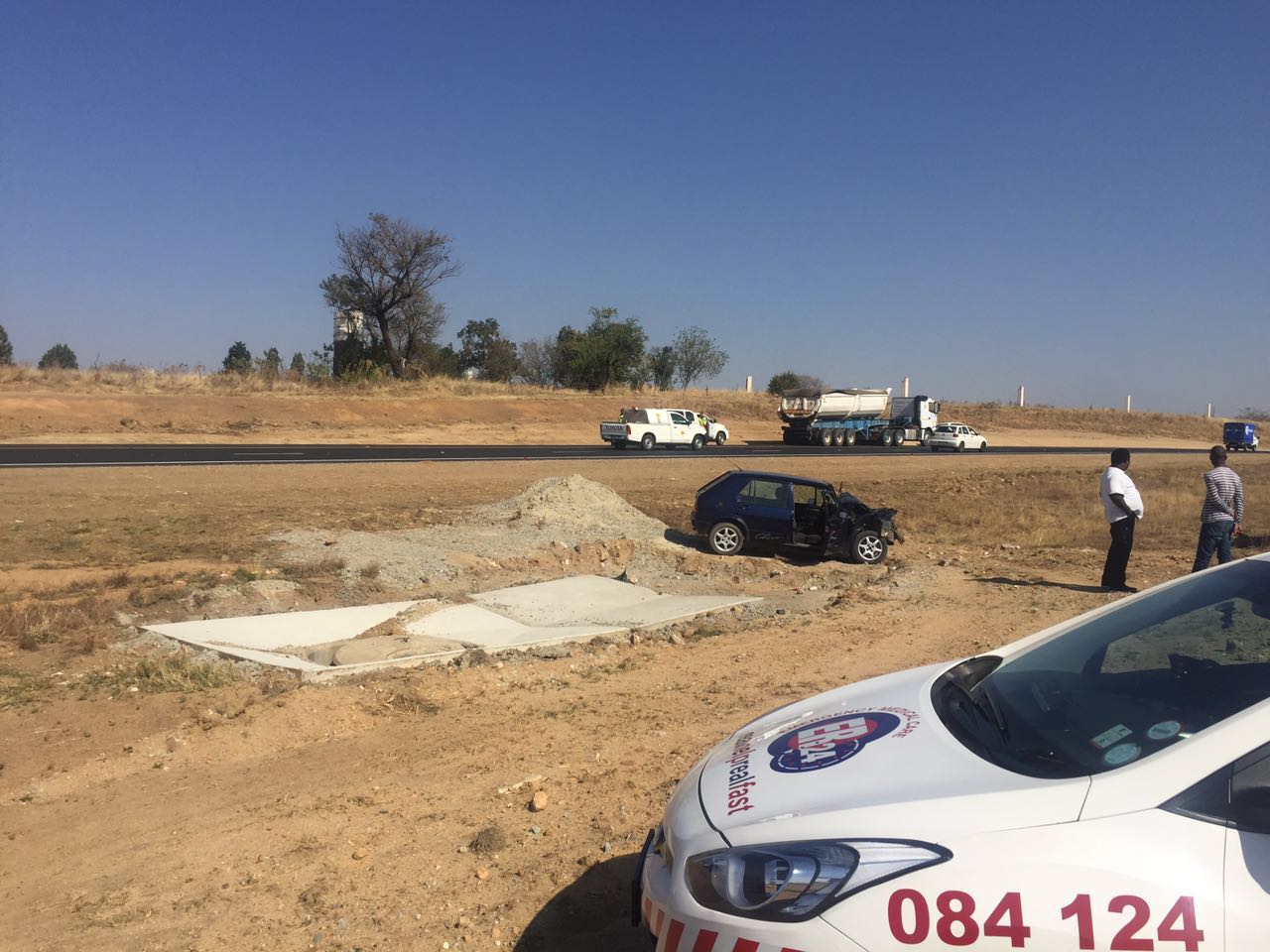 A man in his 50s was injured this afternoon when his light motor vehicle rear-ended a truck on the N14 near the Petroport, north of Johannesburg.

ER24 paramedics arrived on the scene shortly after 14h00 and found the truck parked on the left side of the road while the car had come to a stop on the opposite side.

On inspection, paramedics found the driver of the light motor vehicle seated inside.

ER24 paramedics carefully extricated the patient and found that he had sustained moderate injuries. The man was treated for his injuries and provided with pain relief medication.

Once treated, the patient was transported to Life Fourways for further treatment.

The driver of the truck fortunately escaped injury.

Local authorities were on scene to investigate further.