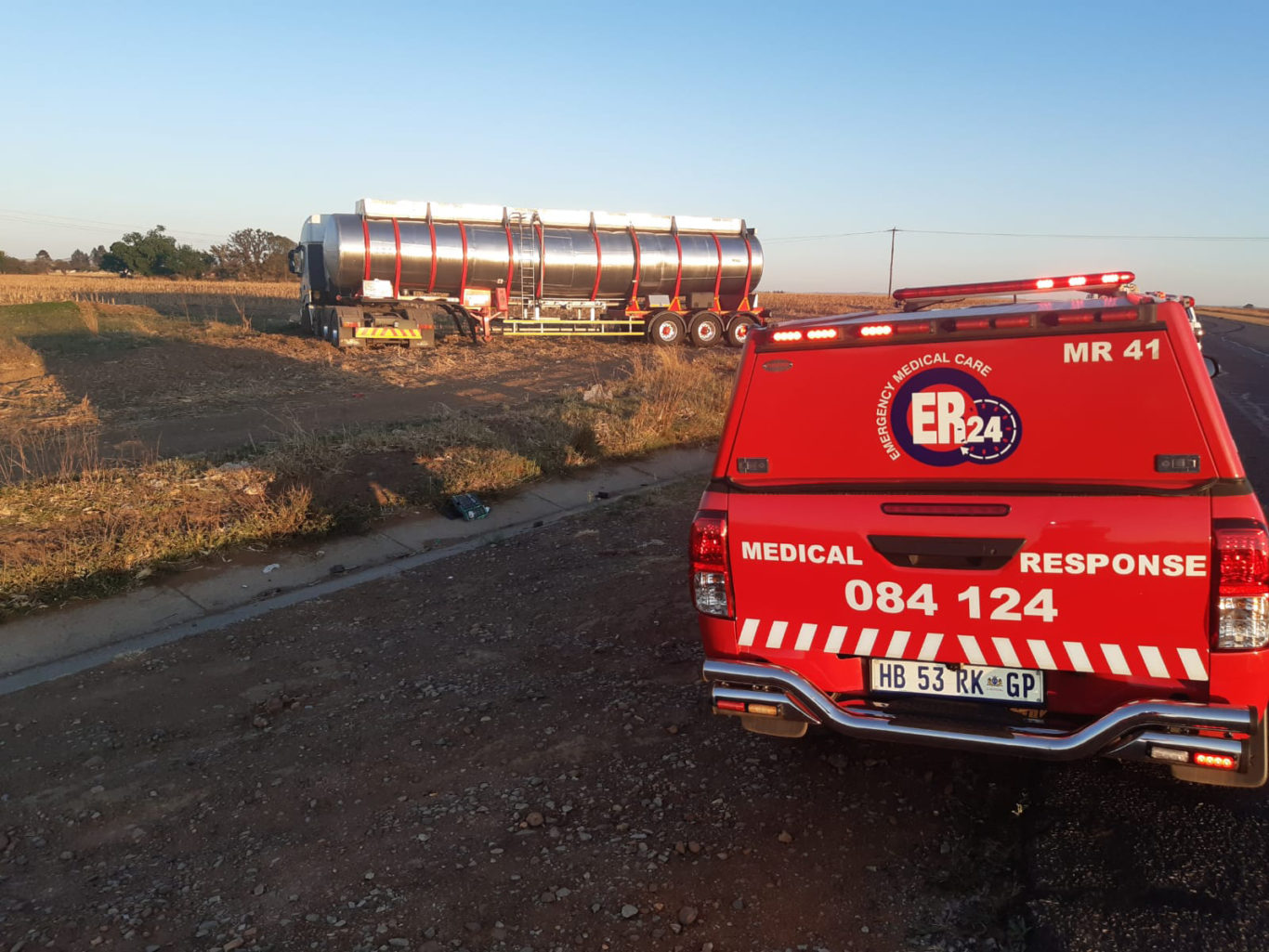 Three people were left injured this morning, one of them seriously, when a truck and a light motor vehicle collided on the R57 in Vanderbijlpark.

ER24 paramedics arrived on the scene at 05h55 to find a large truck on the side of the road. A light motor vehicle was found parked on the opposite side.

The driver of the truck was found seated next to his truck while two men from the light motor vehicle were found in the Provincial EMS ambulance.

Medics assessed the patients and found that the truck driver was in a serious condition while the two other men sustained minor injuries.

Medics treated the patients and provided the truck driver with pain-relief medication before they were transported to nearby hospitals.